Work A Ski Season in Argentina

Discover information on working a ski season in Argentina and browse jobs.

Mountain resorts in Argentina are found in the Andes Mountain Range, which run along the western edge of the country along the border with Chile. The Andes is the longest continental mountain range in the world at around 7,000km (4,300 miles), and the highest range outside Asia, rising to 6,962 m (22,841 ft) at its highest point – Mt Aconcagua.

Argentina is home to a number of ski resorts, which are becoming more popular as its society becomes more affluent. Whether working in Argentina, or simply staying for an extended period, winter seasons in Argentina are as much about exploring the culture as they are sampling Andean terrain.  As in Chile, be prepared for underdeveloped ski resorts and lift infrastructure by North American and European standards. Lifts generally belong in a time well gone by, and service on the mountains is often unpredictable. Many resort staff operate on “mañana time”, which is to say it will get done when they feel like it. After a while, however, the culture grows on you, and you start to wonder why you ever worked on any other time – what’s the rush? 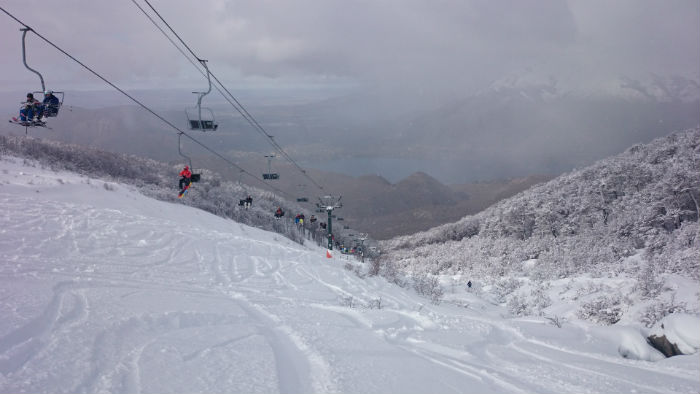 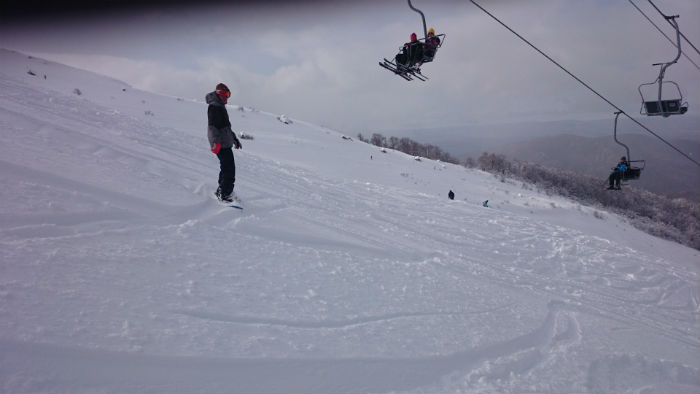 Argentina has a few less resorts than its neighbour Chile. The two largest resorts by ski-able terrain are Cerro Catedral and Las Lenas. Each is distinctly different from the other.

Located near the town of Bariloche, Cerro Catedral is a hugely popular resort for Argentineans. Bariloche is a big party town with plenty of bars, nightlife and both summer and winter activities.

It is the most modern of the Argentine resorts and one of the few with a proper resort village at its base, in addition to the town of Bariloche. Cerro Catedral has a reasonably large terrain space but, being quite a low mountain, faces unpredictable snowfall each season.

Las Lenas is a rather small resort if you only include its on-piste runs. However, Las Lenas is famous for its back country access and claims 17,500 hectares (43,243 acres) of ski-able terrain, which is monstrous when you consider that North America’s largest resort, Whistler, only claims around 8,000 acres of ski-able terrain.

The “Marte Area” back country, accessed by the Marte Chairlift, is one of the largest open expanses of back country terrain you could hope to find.

Unfortunately, the snow is temperamental in Argentina. The major resorts only receive around 6 metres (236 inches) of snow annually, with the result that the coverage is patchy. At the lower mountains such as Cerro Catedral, it can rain meaning that parts of the mountain are closed. Overall, the snow is comparable to snow in New Zealand.

Nightilfe at ski resorts in Argentina is typical of Argentinean nightlife in general, where most people will eat a very late dinner between 9pm to 11:00pm and then head out afterwards. Bars and pubs will slowly fill until around 1am. This means that the clubs are fairly empty until 2am – 3am, so you will need to be prepared for big nights if heading out after a day skiing. It also means that the runs tend to be fairly empty in the morning and you can get empty first tracks if you get up early enough.

Be warned, siesta can be a real irritant for the unprepared in Argentina. Most shops and some restaurants will be shut from 12noon and up to 4:30pm, though they will usually re-open and remain so until 8-9pm. Even ATMs seem to be closed during siesta for reasons unknown – it seems machines need to sleep too in Argentina.

Many of the banks in Argentina will not provide services to tourists. For money, you will often need to rely on the ATMs, which charge a hefty fee and, annoyingly, are often out of cash.

Be aware that there are dozens of unofficial, tracksuit-wearing currency changers in Argentina who will offer to change money for tourists. They offer a substantially better exchange rate than the official rate at banks and ATMs. They will offer to change US dollar bills into Argentinean pesos. US$100 denomination bills will get you a better rate than lower denominations.

Typically the street urchins cannot change more than $US200-$US300 at a time. Be very careful if you’re trying to swap big numbers as you will get a lot of attention and you are likely to be recognized later. The street urchins are in semi-competition with each other and will try to bargain with you.

Be aware that this ‘blue’ market is illegal, even though it is a part of daily life in Argentina at the moment. Be aware also that there is a high chance that you will get counterfeit Argentinean pesos in return – the real Argentine currency has a number of security measures you can verify very quickly. Take care to avoid all the tricks including sleight of hand, pick pockets and miscounts.

Finding Work at a Ski Resort in Argentina

As with most resorts in South America, finding work is extremely difficult for foreigners in Argentina. The resorts do not have a culture of hiring foreign seasonal workers unlike resorts in Australia, NZ, North America and Europe and the locals generally take all the jobs on the hill, from lift operators to the hospitality jobs. The exception to this is working as a ski instructor.

The rates of pay are much lower than in North America, Europe and Australia. As a result, it’s worth considering just saving up some money and going over and not working at all.

You could save up enough money at home and give yourself just as much time to ski over a few months as if you worked the whole season and skied when you had time.

Finding a cash job at a restaurant or bar is even harder. Picking up glasses at a bar or restaurant is the best shot if you are determined, but be aware that you may be poorly treated and risk deportation if you are caught.

As an alternative to seeking work with the ski resorts, many choose to find employment as teachers of English in one of the local towns.

Suitably qualified applicants (PSIA level 2 in general) may be able to work as instructors for Argentinean mountains. In general, you will need to speak Spanish. Portugese is an advantage given the many Brazilians who frequent Andean mountain resorts for holidays. Resorts often take CVs directly, see the individual resort pages for further information.

Getting a Visa to Argentina

Argentina has working holiday visas for a number of countries to allow you to work in the country over a winter season.

Australians are able to get a working holiday visa with Argentina quite easily. Currently, there is an annual limit of 500 visas available. On this visa, you are able to stay in the country up to a year, work in Argentina for up to six months with each employer and study for up to four months.

To apply, you need to contact the Consulate General of Argentina in Sydney to arrange an appointment for an interview by email: [email protected]. You then need to travel to Sydney to have a face-to-face interview. You must apply no more than 3 months prior to entering the country. Visas are normally processed within 10 days of the interview. For more information, contact the Argentinean Embassy in Canberra. http://eaust.mrecic.gov.ar/en.

New Zealanders aged 18 – 30 are also able to get a one year working holiday visa.

If you are not planning on working, then a tourist visa is sufficient to allow you to stay in the country and ride. Normally, tourist visas are valid for 90 days which would cover most of the winter season.

There are a large number of countries that do not require a visa if travelling up to 90 days. The list is here http://cnyor.mrecic.gov.ar/

If your country is not on the list, you will need to apply for a tourist visa. Information on tourist visas is available at http://cnyor.mrecic.gov.ar/en/node/1817