Mt Baw Baw is located in Central Gippsland, Victoria, and sits on the southern end of the Australian Alps. It is the closest downhill resort to Melbourne and can be visited in a day. It is the only resort in Australia where you can be in the snow and see the ocean.

The terrain at Mt Baw Baw is suitable to families and beginner skiiers and boarders. There is a natural feel at the resort, given the relative lack of development compared to other resorts. The resort also has Australia’s longest toboggan park carpet.

The best thing about getting a job and working a season at Mt Baw Baw is the fact that, as a government owned resort, the conditions, pay and support are high. With around 150 winter staff you’ll get the chance to be a part of a smaller, closer knit resort community.

Getting to Mt Baw Baw

The trip from central Melbourne is around 2 and a half hours by car, or around 4 hours by train & bus. Mountain Top Experience provide daily shuttles from Moe station where staff can tag along*. Other providers such as theHowling Huskies offer airport transfers. Most staff have their own vehicles or catch rides / carpool with others.

The Mt Baw Baw village is probably the most undisturbed of any resort, with the last major fire in 1939, the snow gums are some of the most intact in Australia. On a walk through you’ll probably miss about half of the lodges as they’re tucked away in the forest. The village is the smallest however parking is closest to the lifts of any resort in Australia.

Almost all staff live in the village withing 100-200m of their place of work. The staff are tight-knit and have a better chance to know people because of the small village size. 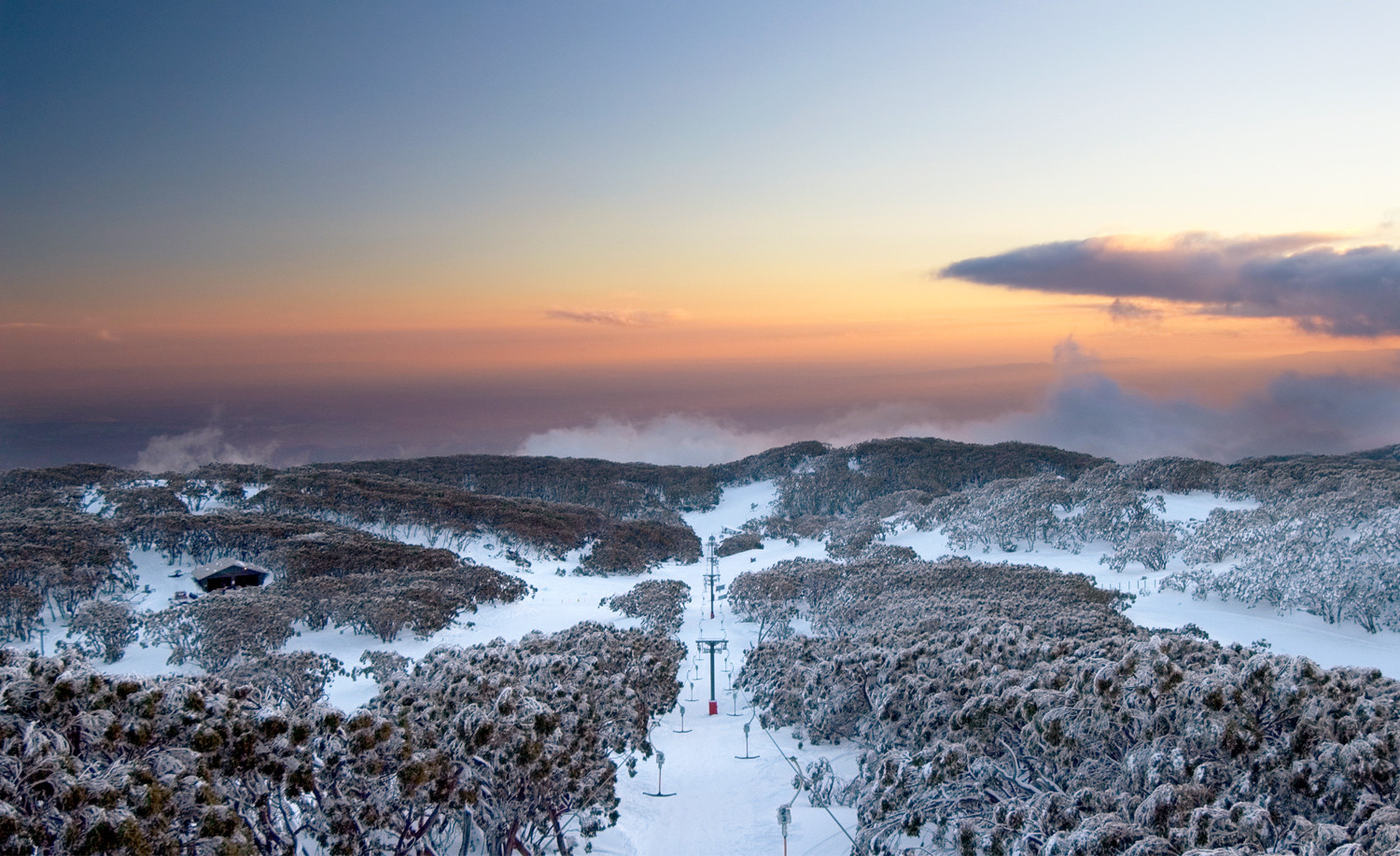 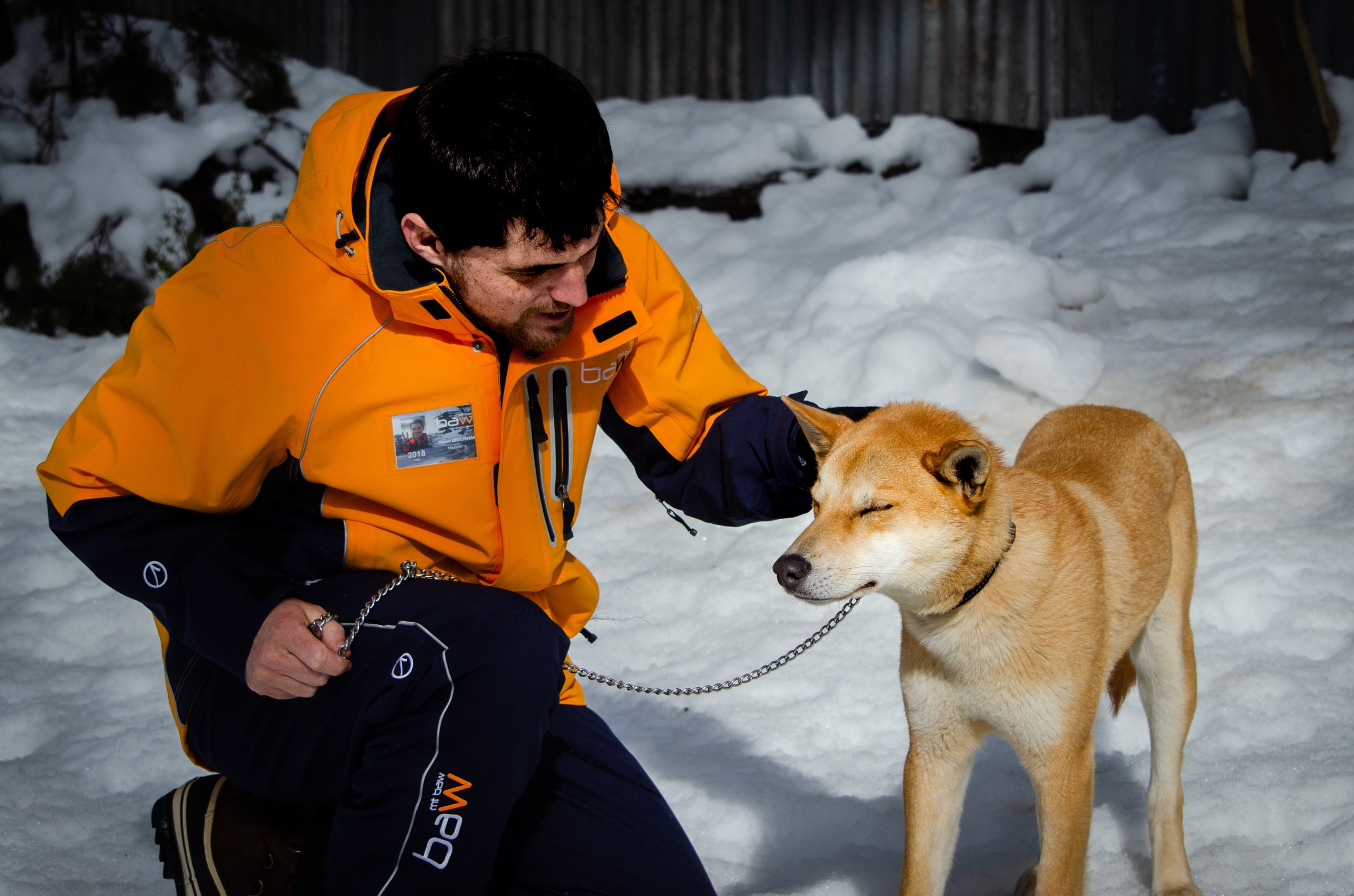 How is the Mountain and Snow at Baw Baw?

Baw Baw opens on Queen’s birthday holiday weekend each year (mid-June) however, as with other resorts, the number of lifts and amount of terrain open is entirely dependent on the snow. The resort operates a snow factory that guarantees lifts turning from the start of the season and allows lessons to proceed from day one.

The snowfall varies year to year with late July – Early September the best conditions. The snow line generally lies around 1300m, with the village at 1400m and the top of the resort almost 1600m. Good years will see enough snow to cover all the available terrain but bad years will mean patchy snow and that some of the lifts will not run.

While Mt Baw Baw often scores the best drop and fresh powder when snow comes in the form of Southerlies its lower altitude means there are sometimes increase rain days and faster snow melt. Typically the resort receives around 20% less snow than Mt Buller on average.

Mt Baw Baw is fairly centrally located between Hotham and Mt Buller. Both resorts can be visited in a weekend (or day if you’re one of those people).

There is a small terrain park which operates on Tank Hill when conditions allow which is appropriate for beginner-intermediate. Mt Baw Baw is a good place to get into park.

Getting a Job and Working at Mt Baw Baw

Southern Alpine Resort Management Board operate Mt Baw Baw and Lake Mountain. They are government run. They control both the lifts and the commercial operation and are the largest employer on the mountain.

Some other smaller companies such as Baw Baw Ski Hire, Erica Ski Hire, and the Howling Huskies employ staff during winter.

Mt Baw Baw lists its jobs on its Careers page. A group interview will take place at the resort or sometimes in towns like Warragul that can be accessed by train from Melbourne (1.5hrs). As a government Resort you’ll be required to undertake a Drug and Alcohol check prior to employment with spot checks happening through the season. You’ll also need a WWCC (Working With Children Check).

The resort typically employs only people over 18 due to the nature of shared staff accommodation.

Mt Baw Baw hires international applicants with a valid working visa. See Work a Snow Season in Australia for further information on getting a visa to Australia.

As a government operated resort Mt Baw Baw pays above award conditions in most roles. Pay is generally 15%-20% higher for similar roles at private resorts. Mt Baw Baw Ski Instructors and lifties also have guaranteed hours and special conditions in their contracts.

Mt Baw Baw pays overtime if required (and does not hour shift like other resorts). It is possible to save money whilst working at Mt Baw Baw due to the smaller village and increased wages.

Accommodation for the Season

The nearest townships for shopping are Moe/Warragul (Medium size, 1hr) Traralgon (Large town, 1.5hrs). Each of these townships have Woolworths, Coles, Kmart and other large stores.

One of the benefits of Baw Baw is how easy it is to escape to Melbourne for your weekend (if you have a car or a mate with).