Work A Ski Season in Whakapapa or Turoa

Discover information on working a ski season in Whakapapa or Turoa and browse winter jobs.

Whakapapa and Turoa are on different sides of the same mountain, Mt Ruapehu, which is an old volcano. Mt Ruapehu is situated in the central North Island of New Zealand, approximately half way between Auckland and Wellington. Whakapapa is pronounced ‘fukka puppa’, wouldn’t it be cool to say you worked there?!

Turoa ski area is approximately 17km from the town of Ohakune. The road is sealed, but narrow and can be a terribly slow journey up the mountain.

Whakapapa ski area is 16km from National Park Village and is accessed by a fully sealed road, Bruce Road, which is incredibly quick in comparison to Turoa. Whakapapa Village is 10 minutes down Bruce Road from the ski area.

Whakapapa and Turoa are a 45 minute drive from each another when the conditions are good. 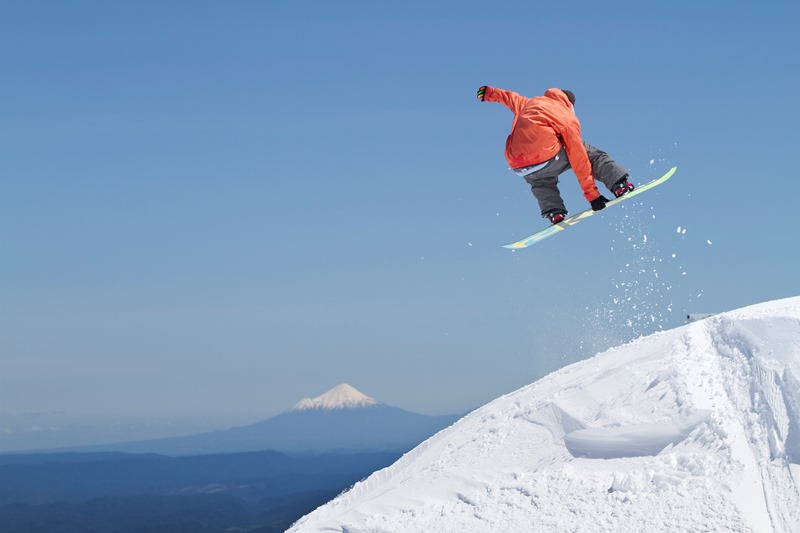 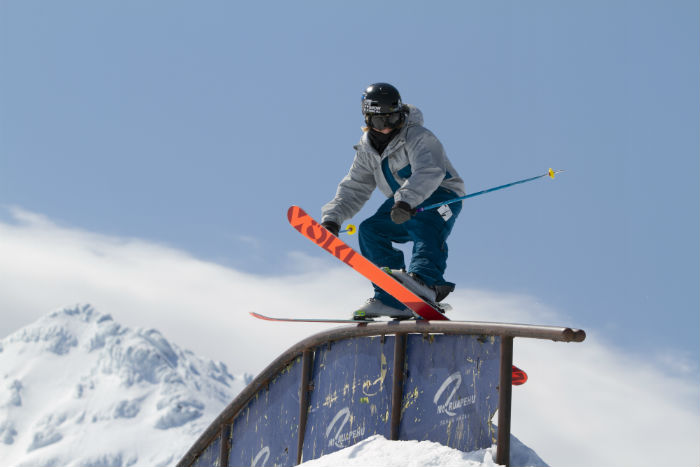 On the other hand, nightlife is minimal at both resorts and towns, so seasonal workers here are more concerned about riding than partying outside work.

Both resorts usually open in late June and close at the end of October with the potential to continue on to early November depending on the snow conditions.

It is around a 4.5 hour drive from Auckland, and slightly less from Wellington. If you are not driving, the best options are the bus or the train which run to both National Park Village and Ohakune. The train is more expensive, but provides a more scenic route across New Zealand’s volcanic plateau.

For staff working at both Whakapapa and Turoa there is a free staff bus to get you to and from work.

The most practical way to move between the resorts is by car, as the buses are not very practical for a day trip. This makes it harder than it seems to ride the opposite mountain on days off, so pick the mountain at which you work carefully.

How is the Terrain at Whakapapa?

Whakapapa’s ski area is 550 hectares (1359 acres), which is the largest on the North Island. The base elevation is well above the tree-line, meaning that most of the resort is open riding, with bowls, chutes and drop-offs.

Volcanic eruptions and lava flows have divided the resort in two. East of Delta Ridge Hut Flat is full of interesting little features to jib and play around on, while the western side of the resort is slightly more open. There is a nice choice of bumps, chutes, drops, bowls or nice wide runs across both sides.

For those who like cruising on groomers, there are around 30 groomed trails for intermediate skiers and boarders. The resort is mostly geared towards cruisers, and caters to a large crowd of less advanced riders who come from the major cities of Auckland and Wellington. Turoa is probably the steeper resort.

The ‘Black Magic’ backcountry area is also on the western side, and has some very cool powder stashes to tackle on open bowl riding. Remember your avalanche gear.

There are seven chairs (five doubles and two quads) and five other carpets and t-bars.

For those working a first season, there is a large learners area ‘Happy Valley’. It is in its own valley, away from the more advanced skiers/boarders.

Some of the best intermediate runs at Whakapapa include T 1, Dreamer, Turn Pipe and S Bends. The more advanced gems include Cornice Bowl and Haensli Face. There are 24 black/black diamond runs.

How is the Terrain at Turoa?

Turoa, on the south-western slopes of Mt Ruapehu, has Australasia’s longest vertical descent at 722 metres and New Zealand’s highest lift – The Highnoon Express (2,322m). There is slightly less skiable terrain (500 hectares / 1235 acres) than at Whakapapa but, overall, it is better for advanced riders than Whakapapa.

Like Whakapapa, Turoa is completely above the tree line. The intermediate terrain at Turoa is mostly wide and smooth, though the wide-open terrain means you can duck off the runs and find gullies and drop-offs to keep things interesting. There are 25 black/black diamond runs.

There are natural half-pipes and chutes through the Organ Pipes and wide sweeping terrain at the Triangle. There are nine lifts, of which five are chairs, and four are beginner platters, carpets and t-bars.

Alpine Meadows is a great place for first time season workers to kick off their season. Seasonal worker favourite intermediate runs include Whynot, Home Run and Big Bowl. For the more advanced boarder/skier, Organ Pipes is great for the natural half-pipes and chutes as well as the sweeping terrain of the Triangle.

The backcountry is slightly better at Turoa than at Whakapapa, with some nice, very open areas through Solitude and the Glacier.

If you are working a season, a good tip is, on a nice day, to hike the 500 metres (60 minutes) to Mount Ruapehu crater lake where you will enjoy stunning views of the surrounds.

Being above the tree line, both resorts are very exposed and can suffer from regular white-outs and nasty conditions. This will mean the resorts are entirely closed on some days.

Average snowfall is around 3 metres. This is decent by New Zealand standards, and provides for deeper snowpack than most South Island resorts, which means more consistent spring riding.

There are freestyle terrain parks at both the Turoa and Whakapapa ski areas. Whakapapa has a half pipe too.

All the towns are relatively small and have a nice mix of locals and globe trotters who are all pretty laid back and keen to get up the mountain and enjoy what mother nature has to offer. But don’t come to work a season here expecting the bustling nightlife of South Island towns such as Queenstown or Wanaka.

Ohakune is the biggest of the towns and has a few pubs scattered around town, some shops, cafes, a supermarket, cinema, climbing wall, skate park and some excellent scenic walking and mountain biking tracks.

To do a big grocery shop the closest town is Turangi – approximately 40min drive away, so having a car is a bonus. Mt Ruapehu provides transport for employees at both Turoa and Whakapapa to Turangi every pay day during the winter season.

A place to have a look for a car is www.trademe.co.nz

As a couple of the only commercial resorts in New Zealand, there is a huge number of applicants each season. Bear this in mind when preparing your CV and application.

Positions for the winter season open early January for ski and snowboard instructors, and early February for all other seasonal positions. You will need to upload a current CV and any relevant qualifications.

For entry level seasonal positions, the pay starts at $NZ16.50 per hour (minimum wage in NZ), while the technical roles offer more depending on the relevant skills required. See Jobs Available at Mountain Resorts for a description of ski resort jobs.

Whakapapa and Turoa accept applications from all over the globe, you just need to make sure you have the appropriate work visa to allow you to come and work in New Zealand.This will likely mean getting a working holiday visa, unless you can show a very specialised skill set for which to get a sponsored work visa.

Work a Winter Snow Season in New Zealand has information on getting a working holiday visa for NZ. Australians do not need a visa to work in New Zealand.

If you pass the application stage, then you will be invited to come and have an interview. This is a face to face interview, with some Skype interviews being offered on a case by case basis for international applicants. Interviews are generally held in two locations – Taupo and Ohakune – around the beginning of May.

How to Get Accommodation for the Winter Season?

Rent can vary from $100 per week/per person for a shared cabin room – or $250 for one person in a one bedroom apartment.

If staff accommodation is not your thing, then there are a number of houses that become available to rent for the season. Some good places to check out rental listings are:

Throughout the season, Whakapapa and Turoa host big staff parties. There are also events and activities such as the annual dodge ball tournament, the tug-o-war competition between Turoa and Whakapapa,and to add a bit of class – the Ruapehu staff balls.

Day trips to places, such as Taupo, are also organised when the ski resort is closed due to weather conditions.

There are also swap-a-side experiences where you will hop on a bus with a load of other staff and head to the other ski area for the day (Turoa or Whakapapa) to experience the different terrain.

Fun Events and Comps Around the Mountains

Throughout the season there are plenty of events and competitions held around town and on the mountain. Some of these events include: