Work A Ski Season in France

Discover information on working a ski season in France and browse jobs.

France is home to some of the world’s most recognized ski resort names such as Chamonix and The Three Valleys and its legendary reputation grows each season with the influx of seasonal workers. Getting a job in France allows you to sample French culture and alpine charm while riding some incredible mountains. As a result, France is a popular choice for seasonal workers, particularly among the British. 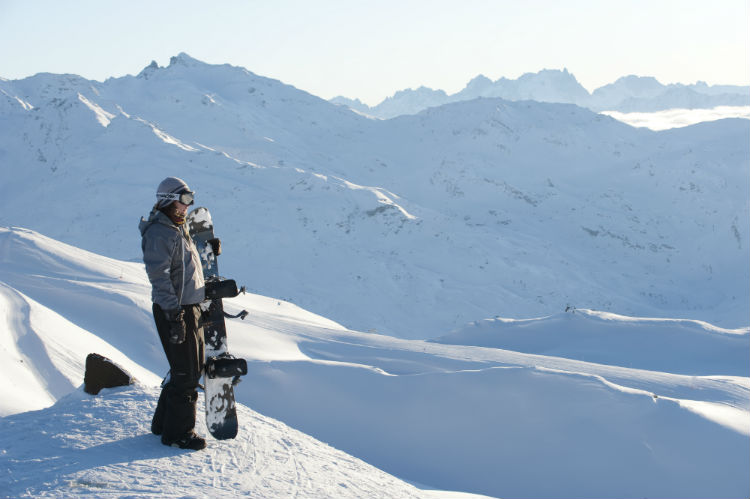 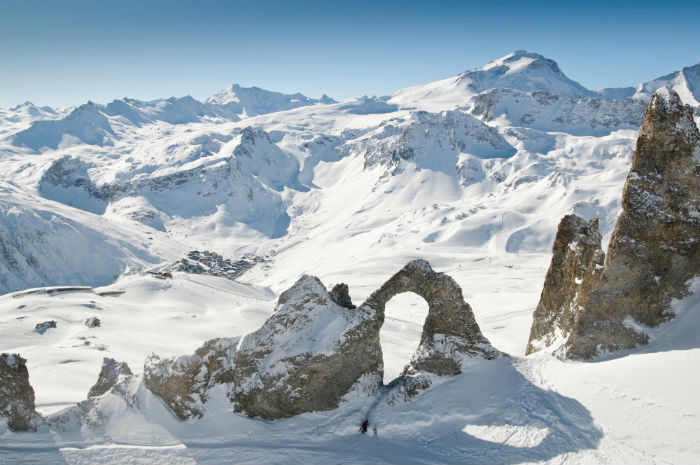 Location and Style of French Resorts

There are literally hundreds of resorts throughout the French Alps, Massif Central, and the Pyrenees, which speaks to the popularity of skiing and snowboarding in France. There are three major mountain ranges in France:

French resorts are particularly known for their massive size and huge interlinking lift infrastructure which often links several resorts into one. The biggest skiable area on the planet, Les Trois Vallées, is found in France. Other huge interlinked areas include: Chamonix, Espace Killy (linking Tignes and Val d’Isere) and Portes du Soleil (linked with Swiss resorts).

The major resorts in France tend to have a large English speaking clientele and, as a result, look for foreigners to work at their resorts more readily than the smaller mountains:

The style of riding in France and Europe tends to be different to that of North America.

Most of the resorts are built with on-piste runs and this is where the majority of people ski. Mountains are rated by their total length of on-piste terrain, not total skiable terrain. This leads to riders who love to go fast on-piste and not much traffic off-piste.

There are pros and cons to this. On the one hand, you will find less crowding out in the backcountry. On the other hand, off-piste terrain often hasn’t been avalanche primed, unlike in North America where usually in-bound terrain is avalanche primed. This means you should be prepared when going off-piste and carry avalanche gear as avalanches occur every year in France. It is also good to do avalanche training at the start of your season.

French, and European, resorts get exceptionally busy – much busier than resorts in North America. One reason for this is the generally very good access to the resorts via gateway airports and train links. This can result in large delays at base chair lifts. This also translates to more people on the runs, particularly on-piste where many Europeans prefer to ski rather than off piste. Luckily, many of the popular resorts are big which spreads the crowds a bit. The busiest periods are the Christmas break and the school holidays in February. The resorts in the Pyrenees and Massif Central are much quieter.

The season runs from November to April. Snowfall is not the selling point in France. Like most other European resorts the snowfall is not huge compared to North America and Japan, nor is the snow as fluffy.

You will still likely some nice powder throughout the season though, especially if you go off-piste. Also, French Alps resorts in the Alps are located quite high up in the mountains which mean the snow conditions stay relatively sure and the seasons are quite long.

International Applicants – Getting a Visa to Work in France

Europeans can work anywhere in Europe, including France, and do not need to worry about a work permit.

The French Government has put in place working holiday visas for Australia, New Zealand, South Korea, Japan, Argentina, Chile, Colombia, Hong Kong, Russia (4 months) and Taiwan which means you can get a visa first, then arrive in the country and look for work. These are generally valid for one year and you need to be aged between 18 – 30 or 18 – 35 depending on your country. Working holiday visas for Brazilians and Uruguayans are also being discussed.

For Australians: au.ambafrance.org/Demander-un-visa-pour-la-France-en-Australie has information for Australians on getting a French visas. For the working holiday visa, you must be under 31 years of age at the time of lodging the visa. You will need to provide evidence of access to $5,000.

For New Zealanders: www.ambafrance-nz.org/Working-holiday-visa-for-New has information for New Zealanders on the working holiday visa. You will need to provide evidence of access to at least $5,000.

http://vosdroits.service-public.fr/particuliers/ has information from the French Government website on seasonal visas (in French).

Canada and France have a youth exchange partnership in place which encourages young people from both countries to study or work in the other country for a certain period. It aims to simplify the administrative procedures required for their entry and their stay. In particular, no administration fees are applied. ca.ambafrance.org/ExperienceFrance

US citizens must have a valid French work permit to work in France as there is no working holiday agreement in place. This can be obtained at the French préfecture in the applicant’s country of residence. The French consulate in Washington has further information. http://www.consulfrance-washington.org/. It is not possible for a US citizen to come on a tourist visa and then change status to a seasonal worker. French authorities will require people to first return to the US to apply for the correct working visa.

Finding a Job at a French Ski Resort

There are a number of options for work at French ski resorts.

1. Jobs with the mountain resort

This involves finding a job as part of the mountain operations such as selling tickets, lift operations etc. You will need to apply directly through the resort website. However, if you are from outside the EU, it is more difficult to find these types of jobs as they mostly go to locals. You will also need to speak French. If you are outside the EU, you will have difficulty getting sponsorship from the resort for a working visa, so you would need to be eligible for a working holiday visa.

2. Jobs with a local business at the resort

This could involve work at a bar, restaurant or shop and is a good choice for seasonal workers. While speaking French is an advantage, at many of the bigger resorts it won’t be necessary as these shops cater to so many English-speaking tourists.

The principal resorts that require English speaking employees each season include the resorts of Three Valleys, Val d’Isere, Tignes, Alpe d’Huez, Les Deux Alpes, Serre Chevalier and Chamonix, although many other resorts will now also look for English speakers.

A few general websites that may have job listings include: (for French speakers)

3. Jobs with a Tour Operator

Ski tour operators provide full-service ski packages for tourists. These are a very popular choice for working a season in France. Operators usually cater to foreigners, in particular British, and require English speakers to do a range of tasks each season such as chalet host, ski guide, nanny, housekeeping and chefs. The major tour operators run out of Britain and many of them will hire only British applicants, while some may also hire EU passport holders. See the individual resort pages for further information on tour companies operating at particular resorts.

These offices will have listings for both jobs and accommodation which are submitted by landlords and employers.

A list of Maisons des Saisonniers can be found here.

Further details can be found on individual resort pages for each ‘Espace Saisonnier’ and ‘Maison Des Saisonniers’.

Another good option if you don’t speak French is to work as a ski or snowboard instructor. You would apply directly with the resort for instructor jobs.

The central body in France for ski and snowboard instructors is the Syndicat National des Moniteurs du Ski Francais SNMSF. Instructors with foreign instructing certifications may wish to contact them to see if their certificates can be recognized or transferred to France, which will allow you to contact resorts directly to work for them as instructors. www.snmsf.com

Finding Accommodation for the Winter Season in France

You can visit these at the resorts and many of them have their own websites. Les Mairies or municipalities in France often also have an ‘Espace Saisonnier’ which has a list of jobs in that particular municipality of France, often linked to a resort (which might overlap with the Maison Des Saisonniers).

Question Saison has the list to check if your resort does not have a Maison Des Saisonniers. appartager.com is another option if you are looking for a share house.

Living at a French Ski Resort

Of course, one of the biggest advantages of working a French snow season is the possibility to explore French culture and food during the season. A hot French meal after a long day on the slopes is hard to beat.

Unfortunately, the major French resorts are quite expensive due to their popularity. At the English speaking resorts, expect daily costs to hit hard and you are unlikely to save much throughout the season. It is a good idea to save a little before turning up to work, to give you a buffer for trips throughout the season and gear you might like to buy.

In general, you will find some form of après-ski at most French resorts. The best nightlife tends to be concentrated at the bigger resorts such as Chamonix, The Three Valleys, Espace Killy and Les Deux Alpes. However, the après-ski in France is not considered as crazy as that in Austria where the partying virtually continues all the time, even though you will still likely find plenty to entertain your time after work or riding.