Discover information on working a ski season at Mammoth and browse winter jobs.

Mammoth Mountain USA
Other US Resorts

Mammoth Mountain is located in the town of Mammoth Lakes in the Eastern Sierra Nevada Mountains, California, in a beautiful but remote location. The name Mammoth comes from the Mammoth Mining Co which was set up in the 1870s to prospect for gold in the area. Los Angeles is a five-hour drive to the south, and Reno, Nevada, is three hours to the north.

The gates to the world-famous Yosemite National Park at Tuolumne Meadows are a short 45 minutes’ drive to the north. Yosemite Valley is only a further hour down Tioga Pass, once it is open for the summer. Mammoth rates as one of the top resorts at which to work a season in California due to its impressive combination of large snowfall, mammoth terrain (of course!) and cool town vibe.

Getting to Mammoth Mountain and Around the Town

Accessible by both road and air, Mammoth Lakes is located just off Highway 395 which runs from Los Angeles and Reno. The drive from both Reno and Los Angeles is very easy and runs through the spectacular countryside of the Sierra Nevada range.

If you don’t have access to a car, the Eastern Sierra Transit Authority (www.estransit.com/) runs affordable busses all along the Highway 395 corridor, from Lancaster, California (from where you can connect to LA metro trains), to Reno, Nevada.

Mammoth Lakes also has its own airport (MMH), with daily flights to Los Angeles year round and additional services to San Francisco, San Diego and Denver during the winter. Once in town, Mammoth offers a free shuttle system to employees and visitors alike. The shuttle runs throughout town daily.

The ski resort itself is located up a windy road, another 15 minutes drive from Mammoth Lakes. Three base lodges cover the bottom of the mountain. These house a few essential amenities such food, medical services and guest services, but most of the activity is found in Mammoth Lakes township. The bases include Main Lodge (beginner area, racecourses and Unbound Terrain Park), Canyon Lodge (connecting The Village by gondola) and Eagle Lodge (with some ski-in-ski-out guest accommodation).

The other major resorts in California are located around Lake Tahoe, between three to four hours drive to the north. These major resorts include Squaw/Alpine, Heavenly, Kirkwood and Northstar and are well worth a visit at some point while working your season. The best bet is to drive or make friends with a co-worker with a car! 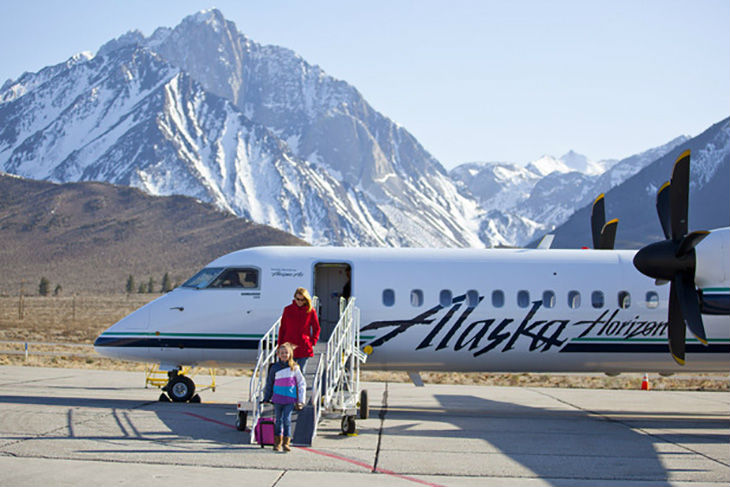 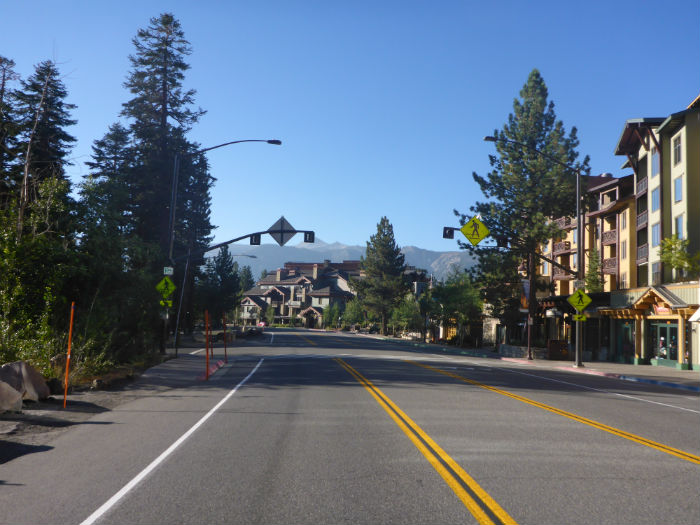 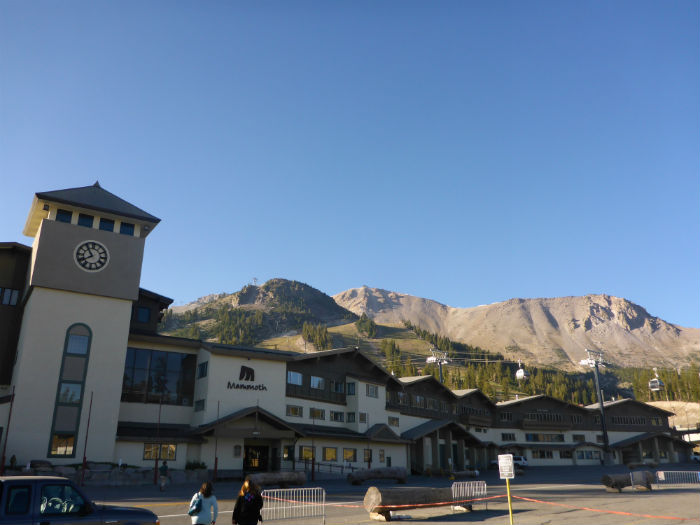 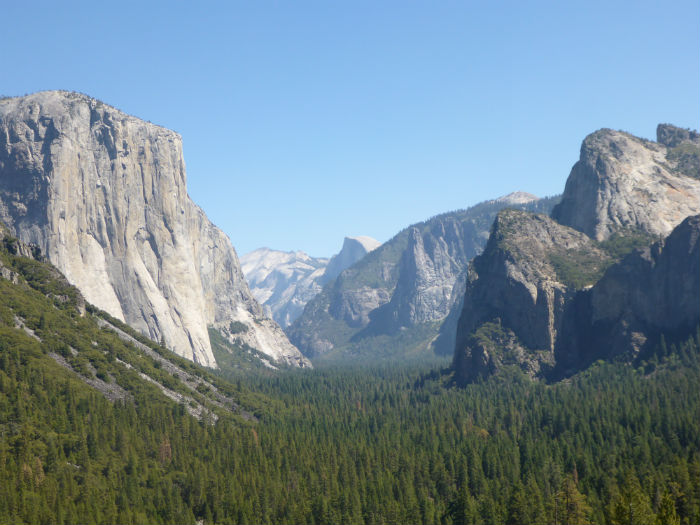 At only 4 square miles, Mammoth Lakes is small but has plenty of classic ski town charm. The first thing you will notice on arrival is the beautiful variety of pine trees surrounding the town and the mountains.

There is only one grocery store, two Starbucks, a few fast food options, three banks, and a hospital. Mammoth also has a selection of restaurants ranging from casual to fine dining. One main road runs through the town.

Like most ski towns, the people of Mammoth Lakes love the outdoors and live at Mammoth in order to ride, hike, bike and camp as much as possible. Even the occasional celebrity sighting does not disrupt the relaxed, small-town feel.

Many employees at Mammoth are California natives, but there are usually lots of people from around the country, as well as workers from places like Australia, New Zealand, England, South Africa and Chile.

While there is a core group of bars to enjoy at night after work, don’t expect a massive party life at Mammoth. Being remote, you are also not likely to leave the town much during the season.

Of the bars and restaurants, nearly all offer Happy Hour specials for après-ski. For dancing, look no further than Lakanuki in the Village. Rafters hosts live music most weekends and the bartenders pour fantastic cocktails. If you’re after high-quality food and delicious craft beer, check out Mammoth Brewing Company at least several times during the season.

The John Muir Trail and Pacific Crest Trail both run through Mammoth, so summer months bring many long-distance hikers. There are also a few other great hikes in the area, all with scenic views and many ending at high alpine lakes. Mammoth has a number of natural hot springs, thanks to the volcanic activity in the area.

The Terrain at Mammoth

Mammoth is renowned not only in California but across the US for its terrain, which consists of 150 trails, over 3,100 vertical feet and over 3,500 skiable acres, serviced by 28 lifts.

The top of the mountain reaches 11,053 feet, while the elevation at the lowest base lodge is 7,953 feet. The majority of the terrain is found on the front side of the mountain which leads down to the three base areas.

Twenty five per cent of the terrain is set for novices in gentle, protected areas. There are also plenty of nice cruisers for seasonal workers who want to work on their technique throughout the winter.

For experts, the top of the mountain has the best double diamond terrain and advanced seasonal workers tend to spend a lot of time off work up here. There are plenty of awesome technical lines through the rocks and a smattering of mini cliffs hucks to improve your style during the season. Around Chair 22 you will also find some nice trees to tackle on steep terrain.

However, while there are some secret stashes to find, many of the fresh lines are relatively obvious at Mammoth and get tracked out on a busy day.

There is good backcountry access from Mammoth, but be aware that it is not patrolled for safety.

Seven parks make up Unbound, Mammoth’s terrain parks program which is among the best in North America. Parks range from beginner all the way to the genuinely professional level. Main Park is often featured in video edits and hosts major Halfpipe and Slopestyle competitions, such as the Olympic-qualifying Grand Prix. Many Olympic athletes choose to make Mammoth their home so that they can train at Unbound’s facilities.

For days off work, seasonal workers sometimes like to try the guided snowmobile tours and the tube park.

The lift infrastructure at Mammoth is exceptional and disperses the large crowds very well. However, the weekends can get super busy with the crowds from Los Angeles given that Mammoth is the best resort in the region. Generally, these riders will clog up the main runs and lifts but you will still find solitude on the tougher terrain.

In general, the snow of the Sierra Nevadas is a little heavier than in the Rockies due to larger water content from the storms that roll in from the Pacific. However, it absolutely dumps down at Mammoth with an average annual snowfall of 400 inches.

In addition, the mountain generally enjoys over 300 days of sunshine a year and therefore plenty of bluebird powder days throughout the season.

Mammoth often gets high winds due to a dip in the mountain range next to the resort. As a result, you will find that lifts at the top of the mountain will be not infrequently closed throughout the season.

All of Mammoth’s job openings are available at http://www.mammothmountain.com/jobs. Jobs listed on the site will change throughout the year, and there will often be a mix of seasonal and career opportunities. Mammoth’s season typically starts in early November and lasts until approximately Memorial Day (late May), depending on snow conditions.

Many of Mammoth’s seasonal winter jobs are posted starting in early July with more positions rolling out as the summer continues. Often, especially early in the summer, there are some unlisted jobs that will have a waiting list.

See Types of Jobs Available at Ski Resorts for a description of ski resort jobs.

Managers at Mammoth are able to work with international applicants, including those with J-1 visas, to ensure their visas are in order before arriving for work. Fully certified ski instructors seeking H2B visas need to speak with a hiring manager.

Mammoth does not partner with any international job programs so you will need to arrange your own J-1 visa before applying. See Work a Snow Season in the USA for further information on getting US work visas.

Perks include a free season pass, as well as discounts on food and retail at the ski area. There are also reciprocal deals with June Mountain, Bear Mountain, and Snow Summit (also owned by Mammoth), allowing you to ski there for free.

Employees also receive Friends and Family Vouchers, which provide free or discounted skiing for friends and family at Mammoth. Many other ski areas also provide ticket trades, and employees are able to ski free with the recommendation of their managers in the months of February, March and April.

Staff housing is available to full-time Mammoth employees. Employees must speak with their hiring managers to obtain an application. Once accepted to staff housing, you can choose from a number of different locations. Some apartments include shared rooms and some have private rooms with shared common areas.

Prices range from $13-$22 per night depending on what sort of apartment employees stay in, and rent is deducted directly from your paycheck.

Other housing available is available in Mammoth Lakes for those who are not interested in staff housing. Keep an eye out for listings in local newspapers and classifieds, such as:

There are also a few closed Facebook groups for locals that often see apartment listings. New employees can request to join these groups upon arrival.

Rent in Mammoth ranges heavily depending on what sort of accommodation you find. Average rent is somewhere between $450-$650 per room per month, but can be significantly more for a more private setting or significantly less if you don’t mind having lots of roommates.

In August each year, MBC hosts Bluesapalooza, a weekend festival of Blues and Brews that hosts 80+ breweries and some of the best blues acts on the planet. Mammoth plays host to a different festival nearly every weekend of the summer, from the Wine Weekend and the Margarita Festival to Mammoth Rocks and the Reggae Festival.