Mt Buller is located in the Victorian Highlands, Australia. It is the closest major downhill resort to Melbourne and the only Victorian resort that is accessible for a day trip from Melbourne. As such, it gets bigger crowds than Falls Creek and Mt Hotham, although it has double the number of lifts of both those resorts to help spread the crowds.

The best thing about getting a job and working a season at Mt Buller is the community of which you become a part. The mountain really looks after its staff, and encourages people to get to know each other and enjoy the season. You will likely leave with mates for life from working a season at Buller. 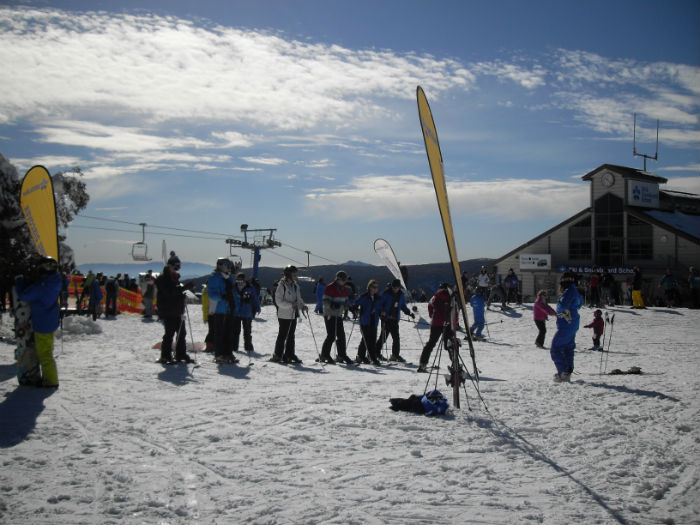 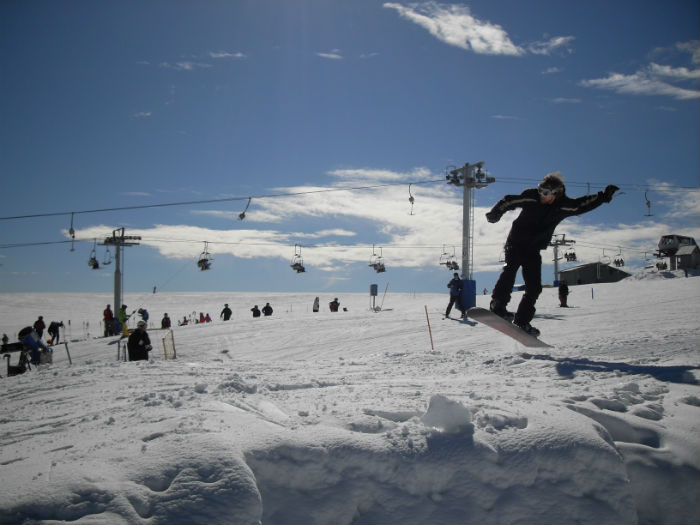 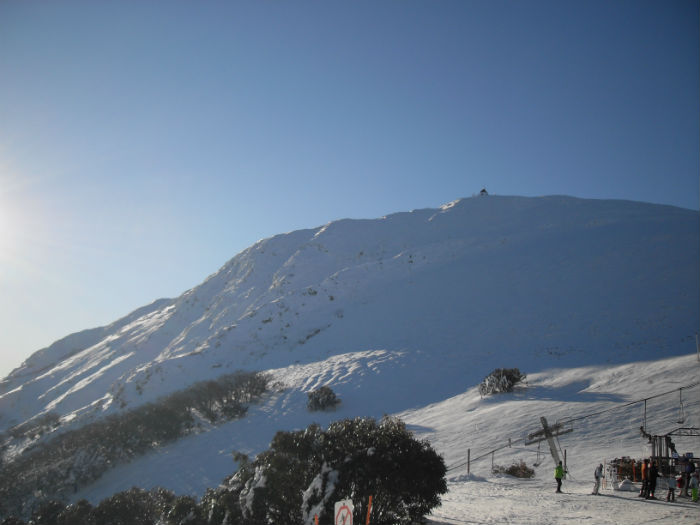 Getting to Mt Buller

The trip from central Melbourne is around 3 and a half hours by car, or around 4 hours by bus.

While driving by car is the most popular way to get to Mt Buller, there are a number of bus companies to take you from Melbourne to Mt Buller which leave from the central Southern Cross Station and Federation Square. These include:

The village at Mt Buller is small, rustic with lots of native Australian trees, and is a very picturesque example of the Australian alpine environment. It has a party feel at the right times (holidays and weekends), but for the most part is fairly quiet. There is a small supermarket and a couple of bars.

There are a number of condos and apartments for riders staying at the mountain, while other guests stay in Mansfield if looking for a cheaper option.

How is the Mountain and Snow at Mt Buller?

Mt. Buller aims to open on the Queen’s birthday holiday weekend each year (around June 15th). However, while the mountain usually opens for business at this time, the amount of terrain open is entirely dependent on the snow.

The snowfall can vary hugely between year to year. June and July can often be patchy with the mountain sometimes not kicking into full operations until the month of August.

In September, spring comes around with most days above 0c, which means some warm riding and slushy snow. Unlike some of the big European and North American Resorts, the snow line at Mt. Buller (the height below which snow doesn’t fall) is near or around the base of the Mt Buller village.

Good years will see enough snow to cover all the available terrain but bad years will mean patchy snow and that some of the lifts will not run.

Average yearly snowfall is 2.42 metres while extensive snow-making supplements that.

Nonetheless, when the snow is fresh and everything is running, there is some very nice terrain at Buller. Fanny’s Finish is a good piece of expert terrain which is among the best technical lines in Australia.

The other advanced terrain on the northern side can have some nice bumps, particularly at Federation. The rest of the mountain is geared for intermediates and there is a fair amount of beginner terrain.

The park at Mt. Buller is cool and the crew work hard to maintain it so that, when the snow is not particularly good, there is still a nice park to work on your lines and jump styles.

Getting a Job and Working at Mt. Buller

Buller Ski Lifts (BSL) is one of the principle ways to get a job at Mt Buller as they run lift operations and its associated department. There are up to 800 people employed with BSL each season. There is a great vibe among staff and there is no hierarchy, with managers often coming out to pitch in if needed.

To apply for a job you will need to complete the online application. Get in early, because the applications quota fills up pretty quickly and it is not unheard of to be full by January.

It is not the case the Mt Buller struggles to fill seasonal jobs at the hill. This is partly because Buller is one of only three downhill ski resorts in Victoria. It is also partly due to there being less ski resorts operating in the southern hemisphere over winter than in the northern hemisphere, and plenty of seasonal workers chase winters.

If you go through the lift operations application process, you will need to be in Melbourne for the recruitment. The interviews take place in early April in Melbourne or Adelaide.

You then have to be available to do the weekend training which takes place around a month before the season starts, around mid-May. If you can’t do this, then they won’t hire you.

The cooler jobs like park crew generally only go to people who have done several seasons at Buller.

You need to be 18 years old to work in mountain operations (lift operators, snowmaking, grooming) but can be under 18 to work in any other department (including ski school, ski patrol, guest services, retail, rental and food and beverage).

There are also bars and restaurants on the hill, and you can contact them directly to get a job. They won’t offer the same staff housing though.

Mt Buller will hire international applicants with a valid working visa. See Work a Snow Season in Australia for further information on getting a visa to Australia.

The Alpine Resorts Award 2010 governs pay rates at Australian snow resorts. For entry level jobs, seasonal rates are $AUD18.82 an hour. For the lowest instructing level, the pay rate is around $AUD20 an hour for seasonal workers. See www.fwc.gov.au/documents/modern_awards/award/ma000092/default.htm for more information.

When the snow is good, you can consistently get 5 days work a week. But when the snow is not so good, this drops to perhaps 3 days a week. Some people only get called up to work once the season is halfway through.

Don’t expect to make money from the season because when the snow isn’t good, you may only work enough to cover rent and going out.

You also get a season pass for the mountain and discounts on the hill.

Ride time is pretty good, partly because the snow is often not so good which means plenty of time off. Managers usually are pretty good at trying to give you as much time to ride as possible.

How to Find Accommodation for the Season Mt Buller?

In staff accommodation they cook your food for you. This means breakfast, lunch and dinner is all included. Although the food gets old towards the end of the season, it is a huge bonus to not have to buy food if you don’t want to spend the cash.

There is also staff accommodation at the bottom of Mt Buller, in Mansfield, for people who want to have a quieter season. There are staff buses to take you up to work each day if you opt for this.

You can shop at the IGA or Foodworks in Mansfiled, or the Foodworks on the mountain. Staff get access to the Buller Crew portal on the Foodworks site, meaning you can order online and then go in and collect your groceries the next day. You also get a 5% discount.

Most of the drinking and partying goes on in the village, with fewer parties in the condos and apartments. There are three main bars in town where everyone goes. Additionally, there is virtually always something happening in the staff accommodation.

The community at Mt Buller is one of the best parts of working at Buller. Staff all get to know each other so this is the community you hang out with most nights. Mt Buller is usually full of people on trips of 2 -3 days, so there are lots of new faces coming through all the time.

Wednesday night is staff night where they would basically only let staff into one of the bars in town.

Other Tips for Working a Season at Buller

If you have worked a season at Mt. Buller, then the next year you can do temporary shifts and get a free lift pass. For example, you can come up for the day with some mates, and then work just 2 hours over lunch on a lift, and you will get a free lift pass for a day.