Work A Ski Season at Ischgl

Discover information on working a ski season at Ischgl and browse winter jobs.

Formerly unknown outside Austria, Silvretta Arena Ischgl-Samnaun is now considered one of Austria’s premier resorts, in no small part thanks to the many tour companies which now operate there and its reputation for raucous après-ski. Ischgl is often compared to St Anton, which lies in the valley adjacent, and the two are among the most popular resorts to work a season in Austria.

While St Anton gets more snow, Ischgl is a little higher and has more north facing pistes, and therefore tends to retain its snow a little better. It also has one of the longest seasons in Europe for a non-glacial resort – from November through to early May, which means a longer working season. However, the pistes are generally gentler at Ischgl than at St Anton and, as wild as après gets at Ischgl, nothing really compares to St Anton nightlife. 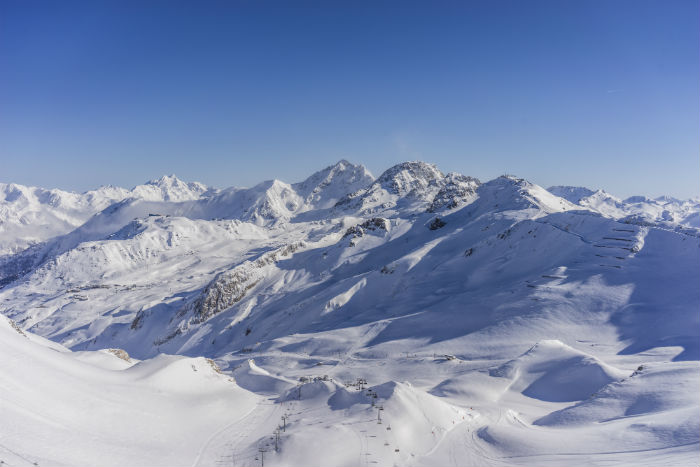 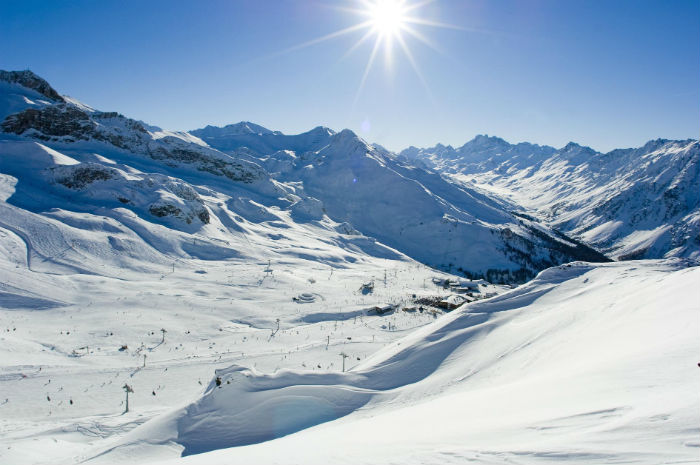 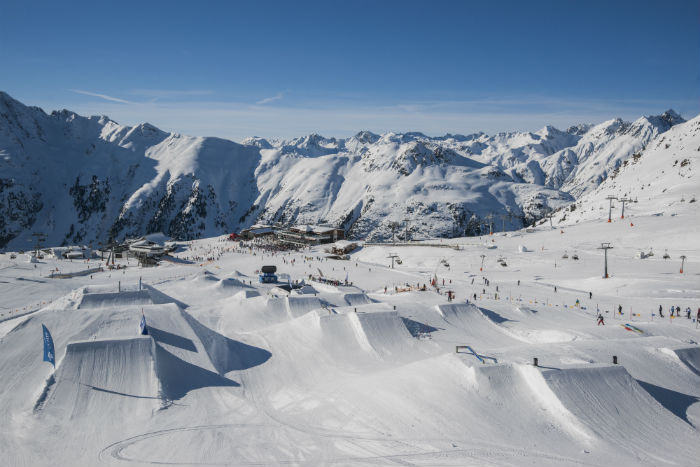 Ischgl is located in the Paznaun Valley in Tyrol, southwest Austria. The resort is part of one of the world’s largest ski areas and continues uninterrupted over the Swiss border into the resort of Samnaun.

Ischgl is about 230km from Munich (Germany), 235km from Zurich (Switzerland) and 100km away from Innsbruck (Austria) and can be accessed easily by car, bus and train.

Major highways connect the resort to the surrounding countries, including Italy, Germany, and Switzerland.

If you come by train, the closest stop is at the town of Landeck-Zams. From there, you can catch the local 4240 bus, which will take you to Ischgl in about an hour.

Austria has a highly efficient train network and tickets can be bought at www.oebb.at/en to get you to Landeck-Zams from anywhere within the country.

If you fly in, the closest airport is Innsbruck. From there, continue via car or train/bus to get to the resort. You could also fly into Munich which is a bigger airport and catch the train from there.

www.vvt.at is an Austrian site offering trip planning to get to Innsbruck from anywhere in the country.

Despite its ancient roots – it was first settled by the Rhaetians in the Middle Ages – Ischgl is renowned for its hedonistic après-ski and wild nightlife.

The old farmhouses have been replaced by glamorous hotels, upscale restaurants and lively bars, although the quaint medieval centre, being car free, allows for occasional respite. The dining in Ischgl is exceptional if you are willing to fork out and there is an affluent and lavish glitz at Ischgl.

The main drag is Dorfstraße, which passes underneath the funitel gondolas of the Silvrettabahn. You will find jewellers, designer fashion outlets and high-end ski shops here. Ischgl is about convenience and class for its visitor, a good example of this is the heated gondolas which take riders up the mountain. All this comes for a price, of course, and Ischgl can be among the more expensive places to work a season in Europe.

English is not widely spoken around town and learning a bit of German will certainly help you out over the season.

Ischgl hosts the enormous Top of the Mountain festival, which celebrates the beginning and ending of each snow season and regularly draws crowds in the tens of thousands. Past performers include Elton John, Robbie Williams, Bob Dylan, Mariah Carey and Rihanna.

The ski area at Ischgl has 45 lifts and cable cars, most of which are quite modern, servicing terrain mostly geared towards intermediate skiers and riders. There are around 238km of slopes, including long, windy runs (the longest being 11km), to tackle before you hit the après-ski. In addition, you can easily transfer over to Samnaun in Switzerland without getting out of your skis which opens up even more terrain.

Beginner seasonal workers will need to progress quickly to the intermediate terrain as beginner terrain is not in abundance. Also, the runs back down to the resort at the end of the day are quite long and steep and can get very icy and crowded which is tough for those new to riding.

Ischgl doesn’t have very much in the way of big steeps and experts will probably find the resort a little flat on-piste. While there are over 30km of black runs, many of these are not particularly challenging blacks – more like reds. The toughest run is the Nordabfahrt which seasonal workers tick off the list early on, usually.

Seasonal workers usually check out the nearby resorts of St Anton and Kappl at least once during the season for a bit of variety and more challenging terrain.

Ischgl has a little more for off-piste, with 20km of off-piste style runs that are not groomed but still patrolled. On top of that, there is some genuine unpatrolled off-piste terrain to sink your teeth into as well. Guides are often recommended if going into the back country.

Palinkopf has the best off-piste terrain with some good steep choices down to Fimbatal. Experts will also want to check out Greispitz and Paznauer Taya

Despite a peak of only 2864m, Ischgl gets plenty of snow coverage thanks to a low snowline and advanced snowmaking equipment. Most slopes on the mountain are over 1,900m. This helps Ischgl to maintain a long season from early November to early May, one of the longest in the Alps.

On the other hand, most of the resort is above the treeline. As such, when the weather turns, a white-out will almost certainly follow.

Crowds can also be a problem at Ischgl, especially around the main lifts and during mid-morning and afternoon peak times.

Ischgl is also well known for its parks, the Ischgl Snowpark and the Obstacle Park in Samnaun. There is a King Size park, a public intermediate park and a beginner’s park. The resort has a long history with the sport – it hosted the first ever ISF Snowboard Championships in 1993.

Ischgl’s parks are some of the best and longest in Europe, and have over 30 terrain features, including a half-pipe, a quarter-pipe, a wave ride and a variety of jumps, boxes and rails. These parks bring in a lot of very decent riders who might otherwise consider Ischgl too expensive and too flat. There is also a bordercross course and a half-pipe.

The season at Ischgl one of the longest in the Alps and runs from late November until early May thanks to it being quite a high mountain. While it doesn’t bucket down at Ischgl, the snow quality is retained as well as anywhere in Austria. Early and late season skiing at Ischgl is probably about the best in Austria. Also, 80% of the slopes are covered by artificial snow-making. It is therefore one of the most snow sure in the Austrian Alps.

Ischgl gets around 5.5m of snow per year at the top, and around 3.5m at the base. This is less than St Anton, Lech and Warth-Schröcken which all sit in the north of the Inn Valley and get more of the warming influence of the gulf stream and therefore more snow. However, Ischgl preserves the snow a little better as it is higher, has more north-facing pistes and is less prone to rain.

Due to EU restrictions, resorts will not generally let foreigners work for them directly (the exception being ski instructors or other specialized jobs such as ski patrol). As a result, jobs such as lift operators, ski patrol and park crew will go to Europeans and, more likely than not due to their German language skills, Austrians.

However, if you are from New Zealand, you’re in luck. New Zealand citizens can get working holiday visas to Austria. You can apply for this visa and then head over to Austria to hand in resumes and find a job. Of course, speaking German will help your job hunt considerably. See further Work an Austrian Ski Season.

It is best to start applying around July or August.

If you speak German and hold a European passport, then you can apply directly for a job with the relevant companies.

The name of the company which runs the ski lifts and mountain operations is Silvrettaseilbahn AG. Their details are:

The name of the ski school is Skischule Ischgl. You could contact them directly for a job if you have your instructing certificate. Their contact details are:

For a list of available jobs in Ischgl, visit http://www.ischgl.com/de/more/information/jobs-in-ischgl.

If you don’t get an offer immediately, keep trying – companies will often get desperate as they look to fill positions near the end of summer or the beginning of the winter season. You may have less luck with local businesses as seasonal work is often filled through people handing in CVs or by locals.

You could also try the Tourism Association Paznaun – Ischgl as they might have a list of jobs.

If you don’t speak much German, working with a tour company is a good option at Ischgl. These companies offer full-service ski packages to tourists from transfers and pick-ups, to chalet accommodation, to ski guides. Many of the biggest companies are based in the UK.

The biggest tour companies who operate at Ischgl are Inghams and Crystal Holidays, both of which are British companies.

Staff accommodation is available free of charge for a number of jobs at Ischgl. Tour operators will generally offer accommodation as part of the jobs package. Otherwise, keep an eye for private apartments in Ischgl and the surrounding areas, such as Galtur, Mathon and Kappl.

Local buses are available to get you to and from the resort.

If you are not offered accommodation with your job, good places to start looking are:

German skills are very useful when searching for a house, as all private rentals are done in German.

Make sure you also start looking early, as it can be a competitive market. For a share house, expect to pay between 300-500 euros a month per room.

While you might question the taste of the Ischgl nightlife – tectonic bar dancing and polka-techno included – there’s no denying that après-ski is one of the chief appeals of the resort. The crowd is mainly wealthy Europeans in their early-30s, and there are plenty of bars and clubs that are more than happy to cater to the market.

By 4pm each day, après-ski kicks in and there are plenty of German chants going through the crowd. The nightlife then kicks on deep into the night with electro, house and euro-pop. One of the highlights is the Pacha après-ski bar and nightclub, a winter version of the famous Ibiza venue.

Other great places include the ice bar at the Madlein hotel, where you can watch performances by pantomimes, stilt-walkers and other weird and wonderful characters, and the Arena, a nightclub that features live bands, and dancers in cages.

On the more authentic side of things is the Kuhstall, a rustic wooden bar at the Sporthotel Silvretta, as well Nikis Stad, a peculiar bar ran by an old German grandfather who DJs local radio hits while singing along. For more upscale entertainment, visit the Guxa Cocktail Bar, which offers delicious cocktails and drinks, as well as a walk-in humidor for cigar smokers.