Work A Ski Season in Mürren

Discover information on working a ski season in Mürren and browse winter jobs.

Mürren, along with Grindelwald, Wengen, Lauterbrunnen and Haslital, is one of the five resorts of the Jungfrau region in Switzerland.

For seasonal workers, Mürren is a good resort if you are looking to escape the commercialized and touristy Swiss ski resorts. Relatively speaking, there are not many tour companies operating at Mürren and the nightlife is quiet, which means working at Mürren is much closer to an authentic Swiss experience than working at Zermatt, Davos or St Moritz. In addition, both Mürren and the nearby town of Gimmelwald are inaccessible by road and, charmingly, there are no cars in the village. 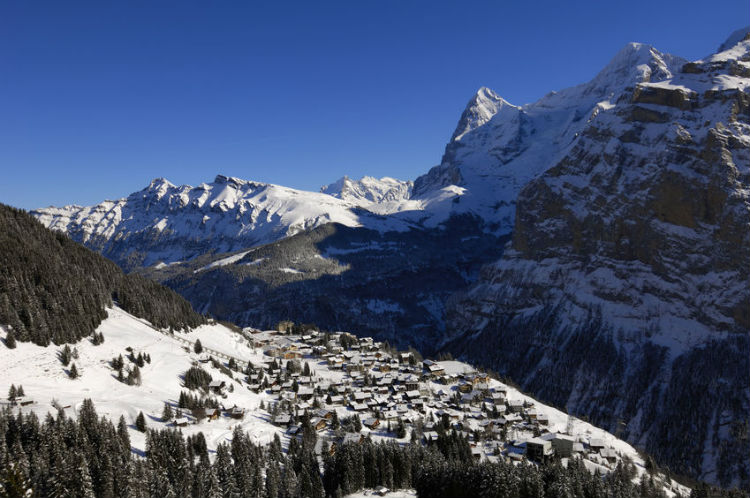 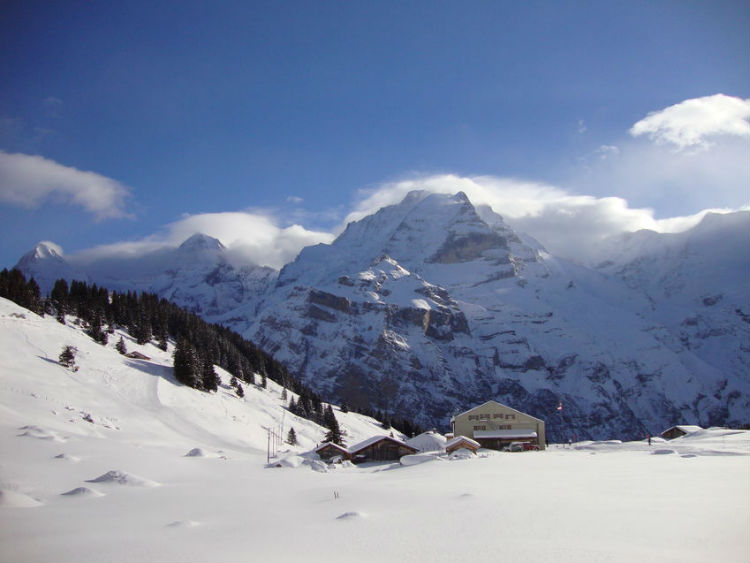 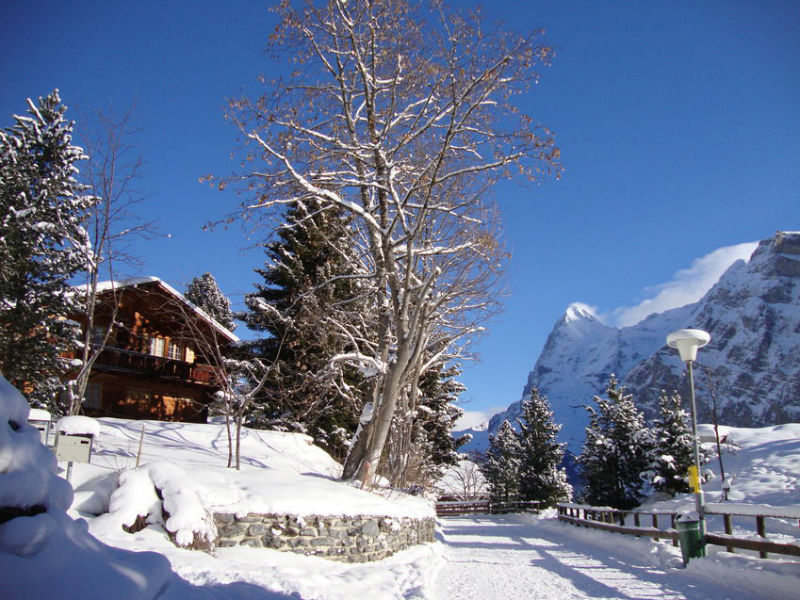 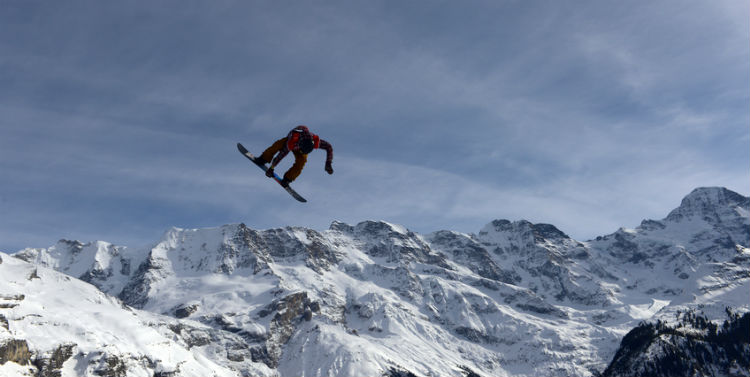 Mürren is located around 130km from Zürich, 160km from Basel and 228km from Geneva. The resort is set 1,650m above the Lauterbrunnen Valley in the Bernese Alps. The nearby town of Gimmelwald is set halfway between Stechelberg and Mürren at 1,394m.

Mürren is not accessible by road. Instead, to get to Mürren, you will need to take the Mürrenbahn from Lauterbrunnen or the cable car that runs from Stechelberg to Gimmelwald and Mürren.

To get to Lauterbrunnen or Stechelberg you can easily drive, from where you can catch the cable car or Mürrenbahn.

There is a bus that runs between Lauterbrunnen and Stechelberg for travel around during the season.

Mürren is a small and quaint Swiss resort town just one kilometer from end to end. Lacking the big tourist crowds of other Swiss resorts, Mürren is the place to work if you want to avoid the brashness and commercialisation of the bigger Swiss resorts.

The nightlife is very small with just a few après bars to choose from at the end of each day. Nothing is more than 20 minutes’ walk away anyway in town while the roads are almost permanently snow covered, allowing you to almost ski to your door after work. Mürren is car-free which adds to the slow pace of the village.

The views over the mountains of Eiger, Mönch and Jungfrau are truly spectacular and enough to calm even the most agitated soul while the old Walser architecture, evident in the small wooden houses, gives the village a remote feel. The view at the top of the Schilthorn provides a view over more than 200 mountain peaks.

There is a good sports centre in town for days off the slopes which includes an ice-rink for skating and curling, an indoor swimming pool and sauna.

Like Mürren, Gimmelwald is small and quaint, even more so than Mürren. It is located halfway up the cable car to Mürren. While Mürren has a bit of nightlife, Gimmelwald is essentially dead at night and is the better place to live if you like pure serenity.

How is the Terrain?

Mürren is quite a small resort with just 51km of slopes and 10 lifts, of which some are just connecting lifts. Overall, the resort on-piste is not that steep and there is not a lot of choice of runs. To get the most out of the mountain you will need to go off-piste. Wengen and Grindelwald both have a more extensive choice of runs.

There are three connected areas with four main peaks – Schiltgrat peak has the lower slopes, Allmendhubel and Maulerhubel have the bunny slopes, Obere Hubel is higher up the mountain near the off-piste Blumental area, while the Schiltorn is the highest peak which is where you find the Birg area. The highest area is reached by cable car and the vertical drop is 1,300m which makes for some nice long runs.

For beginners, the bunny slopes at Allmendhubel are nice, but over the course of the season you will definitely want to push yourself to explore the mountain a little.

For intermediates, there are a couple of cruisers at Engetal, below Birg, while the best easy cruising is down around Winteregg. Wengen and Grindelwald, on the other side of the valley, are included within the ski-pass of the Jungfrau Region and are 50 minutes’ on the train. These resorts are good to check out during the season as they both have a more extensive selection of on-piste intermediate terrain.

Gstaad is another resort around two hours away, but is part of the Super Ski Region and also has some great intermediate Swiss terrain for days off.

The world’s longest downhill race, the Inferno Mürren, takes place from the top of the Schilthorn taking you all the way down to the Kandahar chair, off down the Kanonenrohr and past the trees over to the top of the Maulerhubel chair. At eight miles long, you can expect your legs to be burning by the bottom!

Given the small on-piste area, expert riders will spend most of their time off-piste at Mürren.

For expert riders, the best runs are off-piste up near Schilthorn and Birg. You will find some great moguls here and the runs into the Blumental off-piste area are very nice and technical. On each side of the valley are walls that can be accessed by hiking up or across, with up to 400m of vertical coming down into the T-bar.

There is good off-piste riding underneath most lift lines while a few nice gladed areas can be found by Maulerhubel, Winteregg, Allmenhubel and Schiltgrat.

There is also some nice hike-to terrain within the resort boundary. From the top of the Schilthorn, you can hike up over the back of the hill and traverse until dropping in the east bowl. This allows you to come back in at the start of the Engental piste. Be sure to check avalanche conditions and take appropriate gear.

If you have a guide with you, there are a couple of great runs from the top of the mountain. The northerly valley descent is great and provides for almost an entire day of hiking and riding. A run down the south-eastern side of the mountain will usually take you into un-chartered powder.

Another little off-piste area is at the bottom of the Muttleren chair, where you can duck the ropes and head off to the right. There are rocks and cliffs here to tackle which come out at Blumental. You should attempt only this in clear visibility or you risked being stuck at an un-passable cliff.

Also look out at the top of the Schiltgrat chair where you can hike the peak until you see a saddle. At that point the whole bowl opens up to you and you can hit a beautiful face which, especially on a powder day, is an amazing place to be. Again, be avalanche ready.

The lift infrastructure is mostly good, with high speed chairs in the areas that matter. In general, the crowds are also much better at Mürren compared to the more popular Grindelwald and Wengen in the Jungfrau region although the queue to get up the cable car to Birg and Schilthorn can get pretty long.

As the mountain is quite low, the runs near the bottom can suffer badly and get quite patchy. There is snow-making on the lower slopes.

However, Mürren probably has the best snow in the Jungfrau area on the higher parts of the mountain. Because there are fewer crowds at Mürren than the more well-visited resorts, you can generally find good powder for several days after a dump.

Mürren has the Skyline Snowpark which has two lines, one beginner and one advanced, with an expert line being built if the snow depth allows it. There are jumps, rails and kickers which are decent.

The terrain park at Grindelwald is bigger and better, the best in the Jungfrau region, and is worth visiting during the season.

The best ways to get a job at Mürren are with the ski lift companies, with local businesses such as the hotels and restaurants, or with one of the tour companies that operate in Mürren, of which there are not that many.

Despite the smaller number of tour operators, there are always a number of foreigners working at Mürren each year. Speaking German or French certainly helps your chances.

The ski lift company can be contacted at www.schilthorn.ch for mountain operations jobs.

Mürren has three rental shops where you can rent ski equipment and where you might be able to find a job if you speak German.

For German speakers, you could try the local job search Gigajob

There are just a few tour operators working in Mürren with whom to apply for a job. The advantage is you won’t need to speak German to get a job with these companies. These include:

Often, people simply turn up and look for cash jobs at the hotels and bars given the tight visa laws. Speaking German is a huge asset if you are looking for a cash job but it can also be done with only English.

Mürren is the best place to live as it has the most activity once the lifts close each day. The tourist office may have options for housing and they can be contacted at [email protected]

Gimmelwald lies halfway up the cable car to Mürren and is a much quieter option with nothing much more than housing. The cable car runs until midnight to Gimmelwald. It is cheaper than Mürren if you are on a tight budget. Also, at the end of the night you can use a makeshift toboggan to get down to Gimmelwald which is pretty awesome fun.

Lauterbrunnen is another cheaper option for housing but it is difficult to get to on a daily basis and is not really practical if you are working in the ski village. Lauterbrunnen is, like Gimmelwald, mostly accommodation and very quiet. At the Winteregg chair you can usually ski down into the village on the home trail, although sometimes the trail will be closed and you will need to take the lift.

On the lower road in Mürren there is a coop / supermarket, souvenir shops and a snack bar. The bigger and cheaper supermarkets are in Interlaken down by the lake.

The best place to buy equipment is Stager Sports on the upper road and the Salomon Test centre at the Schilthorn cable car is good to test new equipment. The cheapest clothes can be found in Lauterbrunnen or Interlaken.

All the bars in town can be found on the lower or upper road of the village. The nightlife in Mürren is very small and working at Mürren is much more about enjoying the Swiss serenity than partying hard every night. In the Jungfrau region, Grindelwald has the best nightlife with the biggest international seasonal worker crew.

All the bars in town can be found on the lower or upper road of the village. There are two main bars and a club, while there are number of places that also do après-ski. In addition, there are around 18 restaurants in Mürren, from traditional Swiss food to pizza and pasta joints.

Regine Bar is a backpacker type bar, with the cheapest drinks and the most laid back atmosphere. Stägerstübli has the best atmosphere in the village and is good for when the weather is poor and to meet locals. Bliemlichäller bar and club in the Blumental runs all night and usually finishes around 5 or 6am.

While the bars are a little cheaper than the ritzy Swiss resorts, the club is quite expensive.