Work A Ski Season in Champery

Discover information on working a ski season in Champery and browse winter jobs.

Champery is located in Switzerland, around 10km from the French Border. Geneva is 130km away going around Lake Geneva and takes around 2 hours, while Lausanne is around 60km or 45 minutes away. Champery is linked to the massive Portes du Soleil ski area which encompasses 12 other resorts in one giant rideable area, of which most fall within French borders. Getting a job at Champery gives you the opportunity to explore this massive, well-kept secret. 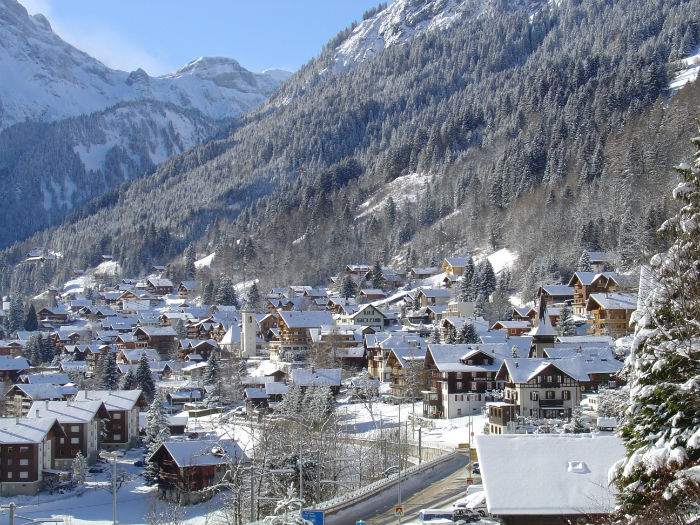 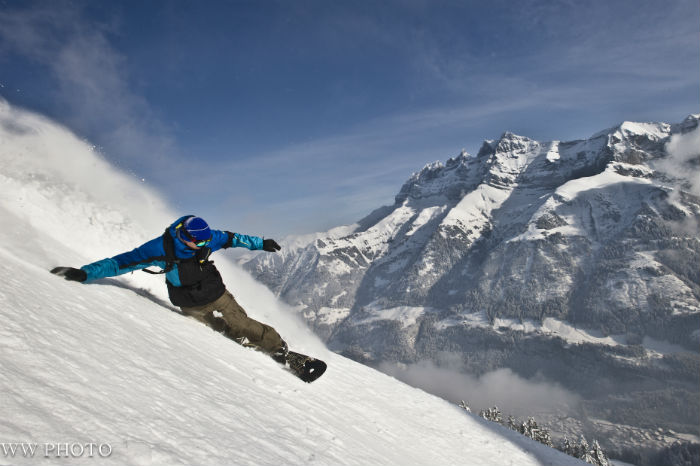 There are two towns in the Champery region – Champery and Les Crosets. Les Crosets is tiny and situated directly next to the ski area, while Champery is 10 minutes away. However, Champery has a lot more going on in town than Les Crosets and is much bigger. Champery is full of charm and classic Swiss architecture and some of the buildings are more than one hundred years old. At the same time, there’s a cool nightlife with plenty of bars. Les Crosets attracts the families and quietens down after the lifts close.

There is a free shuttle bus that runs around the town. Most places are within walking distance in Champery. The Champéry – Planachaux cable-car to the resort is located in Champery proper, while the Grand Paradis lift is about a 40 minute walk or a 5 minute bus ride.

There are a lot less season workers looking for work in this area, as opposed to larger resorts such as Chamonix or Verbier. This gives the place a more secluded feel for those people really looking to discover a mountain for the season.

If you want to get out of Champery for a bit, the train connected to the rest of Switzerland leaves twice an hour. It’s a good day out if the snow is no good.

However, Champery itself is more suited to intermediates. If you are an advanced rider, you will be out in the Portes du Soleil most of the time. Because of its sheer size, the Portes du Soleil is the type of place where local knowledge goes a long way. Doing a season here brings rewards and because of the size you will find places no-one else ever would.

Champery is where you will find the challenging and famous Swiss Wall – located under the Chavanette chair. It is a steep, un-groomed black run that attracts the powder hounds after a fresh dump. Watch out when there has not been snow for a while as it turns into an epic mogul field.

Natural kickers are more likely to be found outside of the Champery resort area. The Lindarets area of Avoriaz, and the Stash are good for some natural jibs. Coming back into town, Ripaille – Grand Paradis is quite flat with a lot of walking for snowboarders, but it is the only way back apart from the chair.

At Champery, there is night-riding Wednesday and Saturday night until 10pm, great for people who have worked the day but want to get some riding in at night.

There are many less people at Champery than at other, more well-known resorts. Whereas the bigger resorts in the Alps get tracked out after half a day, you can still be finding fresh snow a week after a dump in the Portes du Soleil.

The park at Champery is decent, but is geared towards more advanced riders. A couple of the jumps are 30 – 40 ft. Some years they put in a half-pipe. It’s rarely busy.

Getting a Job and Working at Champery

Champery is truly a hidden gem. While many other season workers head to Chamonix and Les Trois Vallees, Champery seems to be off the radar for many season workers, partly because not many tour operators come here, but also partly because they it is not very well known. There would have to be several hundred season workers out of a job each season at Chamonix, while in the entire Portes du Soleil there cannot be more than a handful.

Some useful Swiss job websites to look for work in Champery include:

A lot of the jobs in Champery go to locals who are in town during summer. There are also no big hotels in town –  the biggest has around 20 rooms – so there are consequently less hotel jobs. Getting into town early is recommended. There is no ‘Espace Saisonnier’ office for seasonal workers as in some French resorts.

Speaking French helps a lot. There are also a few places where German and Italian will land you jobs and Dutch is helpful.

Berra Sports, which has rentals and snow gear, is a good option www.berra-Sports.com/jobs. They hire English, French and German speakers.

You should be getting around 2500 Swiss Francs (2000 euros) a month in a normal job that does not provide staff accommodation. It sounds like a lot for a ski resort job, but Champery can be expensive and do not bank on saving any of that money. On the other hand, the Franc converts nicely into Euros meaning you can get lunch up on the hill for a decent price if you cross into France.

Staff at Champery have access to the other 12 resorts in the Portes du Soleil region.

Renting a Place for the Season in Champery

There is no staff housing for mountain operations employees at Champery. The tourist office in Champery keeps a list of places available for the season and you may contact them when looking for a place.

www.champery.ch/hebergements This list is quite good and is updated regularly. There are many places for singles, so you are best getting a group together. 2000 Francs a month for a 4 bedroom would be a nice find, but the prices go upwards from there.

Val d’Illiez is down the road a couple of kilometres and is not linked to the Portes du Soleil. It’s not as big for nightlife is nice if you would like a quieter season. There is a bus although it doesn’t run through the whole night www.champery.ch/hebergements

There are also real estate agents around town which have rental listings.

Champery has more nightlife and activity than Les Crosets. However, in the Portes du Soleil area, Avoriaz, Morzine and Chatel have more bars and nightlife. These towns are more popular for British seasonnaires. There are about a dozen bars in Champery, mostly linked to restaurants – so it’s small – but the great thing is getting to know everyone and getting to be a part of the community while you are there.

There is also curling in town, and even scuba diving in the swimming pool at Palladium.

Events and Other Tips for Champery