Work a Ski Season at Yabuli

Discover information on working a ski season at Yabuli and browse winter jobs.

It is the largest and most established of the Chinese resorts, and has the best infrastructure and amenities of China’s budding resorts. However, it is still a relatively small resort with just a few runs and is not comparable to major European or Japanese resorts in terms of diversity or ski-able terrain.

Many of China’s best ski athletes and snowboard instructors come from Yabuli Town. It is also home to the largest ski jumping facilities in China which is a very popular winter sport in China.

Yabuli Ski Resort is, in fact, the name of a skiing area and is comprised of a few resorts. The most popular one is the Yabuli Sun Mountain Ski Resort which shares a common ski field with Club Med.

The ski season at Yabuli begins in mid-November and runs until the end of March. 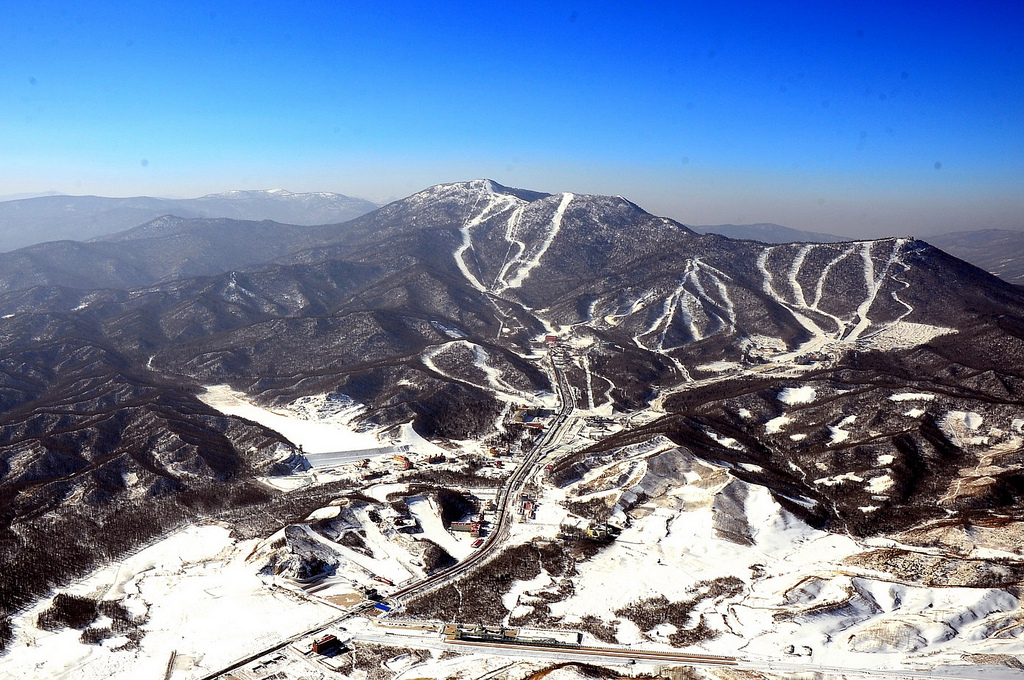 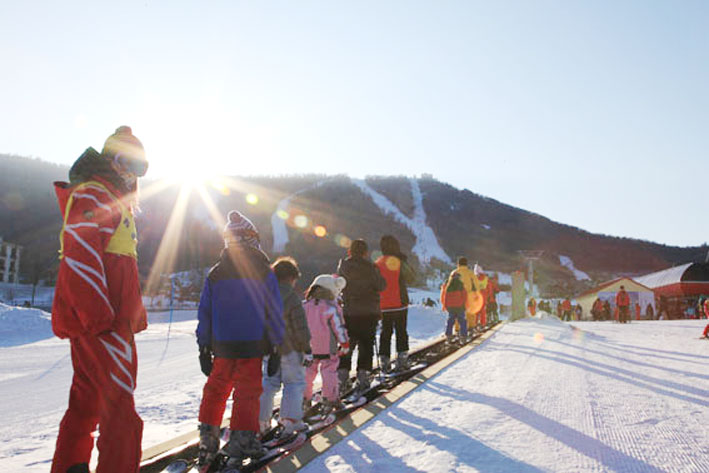 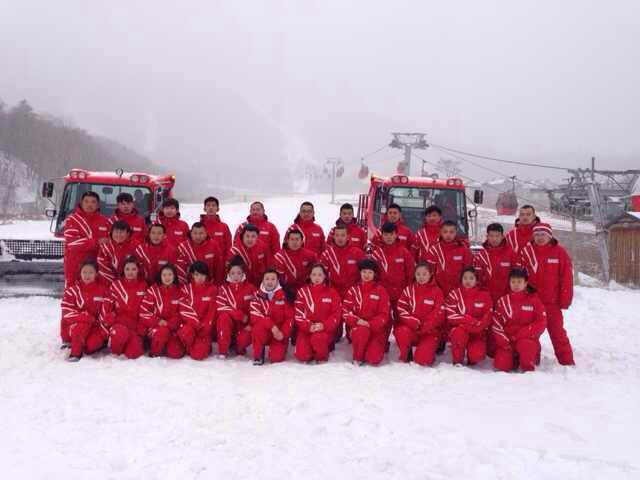 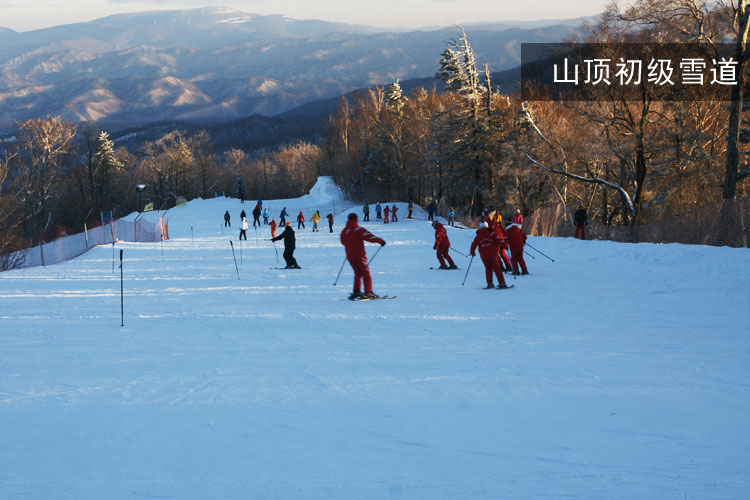 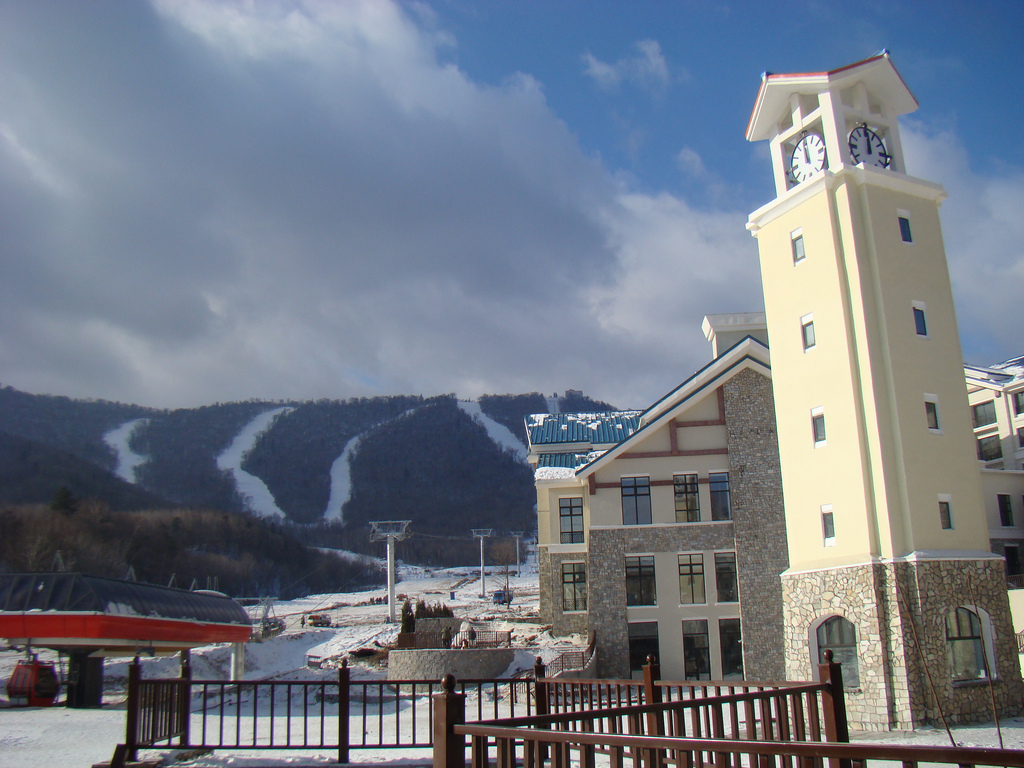 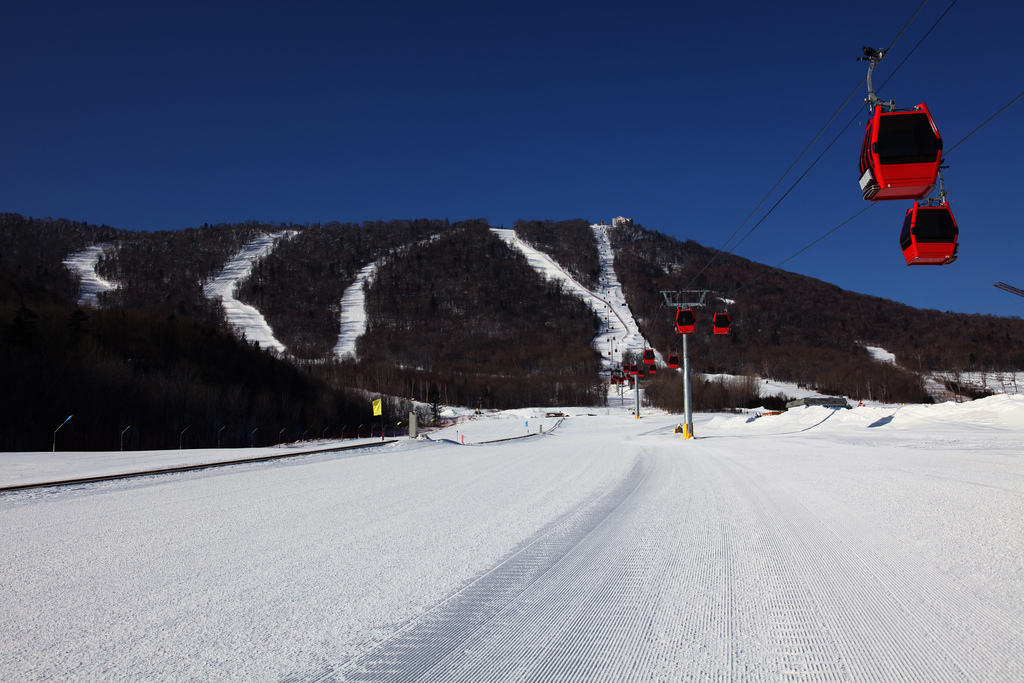 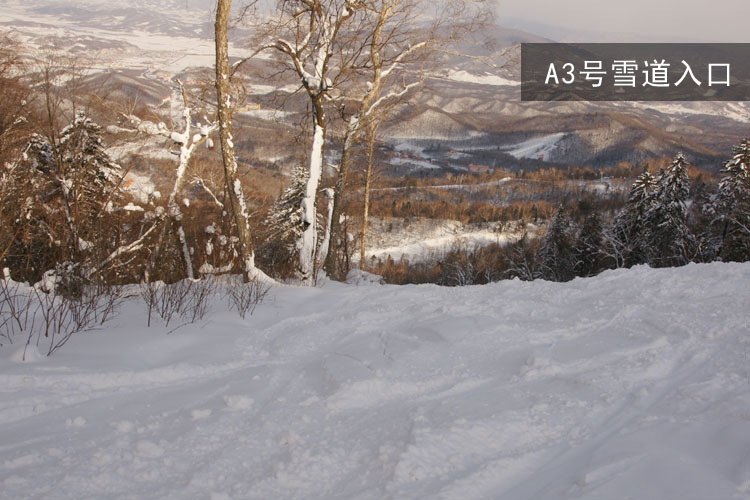 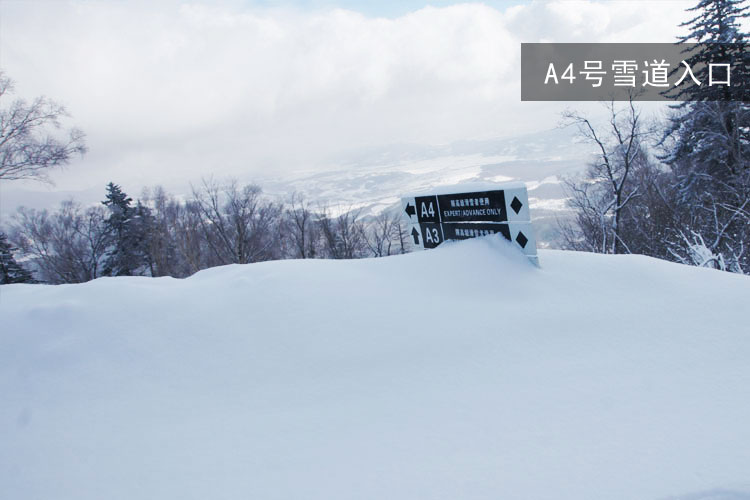 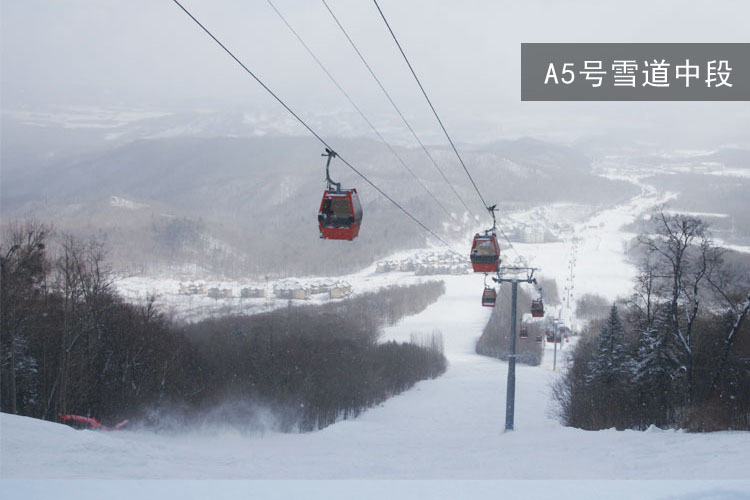 How to Get to Yabuli

Yabuli is located in China’s northernmost province, Heilongjiang, which borders Russia and North Korea. It is around about 2.5 hours drive (180 kilometers) by coach from downtown Harbin, the capital of Heilongjiang.

There are both buses and direct trains to Yabuli from Beijing and Harbin train stations. It is safer and more convenient to go to Yabuli by train than by coach because some parts of the road are icy, especially after it has snowed, and can consequently be dangerous.

There is no airport at Yabuli, however Harbin and Mudanjiang both have airports connecting major cities in China. Harbin Taiping International Airport is a 50 minute drive (45 kilometers) from the Harbin train station, from where you can take a train to Yabuli.

The train takes around 3 hours and leaves from Harbin Railway Station. The ticket price for a soft sleeper is CNY118.5 while it is CNY78.5 for a hard sleeper.

If you have a job offer from Yabuli Sun Mountain Resort, the manager of Ski & Snowboard School will arrange someone to pick you up. If you arrive at Yabuli Raiway Station, you take a mini van around 5 minutes to where you are staying. However, the shuttle for Club Med is free for Club members and staff.

Here is a detailed train schedule with prices.

There is just one bus from Harbin to Yabuli which leaves every day at 6:00. It costs around CNY70. You can take the bus from No. 4-1, Jiuzhan Street, daoli District; Xierdao Street, Beijing Street.

Yabuli means green apples in Russian. History goes that when Russian engineers who had travelled into Yabuli saw all the green apples, they exclaimed “Yabuli!” and the name has remained since.

There are a small number of facilities at the base including a restaurant, café, rental and repairs shop, retail outlet, first aid, guest services and ticketing and a snowsports school. However, food is mostly available in the hotels.

In total, there are around 600 beds for tourists, although staff are put into staff housing (see below). The two biggest hotels are the Windmill Village Hotel and the Tinyihu Hotel which, between them, contain half the available beds for tourists. They are quite modern and contain swimming pools, gyms, pool tables, a bowling alley as well as gift shops, restaurants and internet cafés.

The International Broadcasting Hotel is another good hotel.

For a single day skiing at the resort, around CNY300 – 500 should be enough. However, pay attention to being cheated by many of the shops around. They may offer you different prices if you look like a tourist and try to overcharge you.

Outside Work and Chinese Culture

Yabuli has a range of winter activities beside skiing including ice skating and tobogganing, and is also a summer tourist spot with tennis, hot-air ballooning and para-gliding.

The Changbai Mountain range is one of China’s most stunning and is home to a multitude of native fauna such as bears, tigers, leopards, deers, hares and plentiful birds.

The Barbeque restaurant is within 15 minutes of the staff dormitories. Colleagues are often delighted to invite you to join in the celebration of someone’s party or birthday party!

Harbin, the capital of Heilongjiang province and the political, cultural and economic center of north-east China, has a lively tourist industry. Here, you will see history of both Chinese and non-Chinese ethnic groups who have settled here over the years.

In terms of special food in the region, if you are adventurous you might like to try: black Chinese mushrooms, jianju (soup and rice balls), pidan (very old eggs), scorpion (grilled), boiled snake, jiaozi (ravioli), huoguo (Chinese fondue), guiyu (mandarin fish), eel, dried jellyfish, and plentiful Chinese staple vegetable such as shoots, sprouts, cabbage and roots. Certainly, working a season at Yabuli is not just about the skiing – it is as much about sampling the local culture.

Yabuli has around 14 slopes on the mountain, serviced by 6 lifts. There is also a 500 metre beginner area and a 5 kilometer cross-country ski area. The mountain is divided between competition and free play areas. The competition area is not open to the public, but has the longest run on the mountain at around 3km, and is a prime area for training the Chinese national downhill team and foreign professionals.

The grooming is quite good, certainly the best in China and the lift infrastructure is generally comparable to European and North American resorts, e.g. the Gondola is heated.

However, the terrain is nowhere near as extensive as in Japan or Europe. There is just one intermediate run to go with around 6 advanced runs.

The rest of the runs are part of the beginner facilities which cater to the many learners coming up from Harbin and Beijing. The resort is mostly suited to holiday makers who are in Yabuli a day or two. Runs are best in the mornings.

The views are particularly nice as you ascend in the Gondola, looking down over the ravines and a sprawling forest of snow-covered trees.

The temperature is always more or less minus 10 degrees Celsius, but the lowest recorded temperature was minus 45 degrees. It is particularly harsh during January. It is usually sunny and dry.

It doesn’t snow much at all in Yabuli – and there is an average of only 100 centimetres of snow annually at the top of the mountain. Most of the snow is man-made via an 8 fleet snowmaking fleet is used to top up the snow. The altitude of the resort is 500 meters at the base. There is a sprinkling of around 20 centimetres in the valley below.

Yabuli employs around 50 instructors each season. For foreigners, this is by far and away the best job to get at Yabuli. Many of the instructors are not fluent in English, so speaking English can be an advantage. Of course, you will need to speak excellent Mandarin to work at Yabuli.

If you wish to work for the Snowsports school, you can directly send your CV and cover letter to the manager, Yang Wang of Ski and Snowboard School from August. Yang Wang’s email: [email protected]

You must have worked for at least 2 years for a medium to large Ski & Snowboard School. Also, you should have a ski or snowboard Level 1 (at least) instructor certificate. Skis or a snowboard is offered free for staff.

Interviews can be done by QQ (China’s Skype) You must be honest, full of passion, glad to learn Chinese and Chinese culture and you must have your valid work visa in China.

A half day instructor lesson costs around USD$95.

For other jobs on the mountain, you apply at www.yabuliski.cn/

Is there Accommodation for Staff?

Staff are offered free food and dormitories (8 persons per room, maybe twin bed per room according to your ability), which is about 10 minutes of walking from the shuttles.

You pay 400-500 CNY per month for a private room with shower and toilet room, which is also about 2 minutes of walking from the shuttles. Resort shuttles are free for staffs.