Work A Ski Season in Wanaka

Discover information on working a ski season in Wanaka and browse winter jobs.

Super chilled, laid-back and truly stunning, Wanaka is the quintessential New Zealand town. Wanaka is one of New Zealand’s major winter and summer tourist spots. It is the major accommodation centre for powder hunters coming to Treble Cone – arguably New Zealand’s best resort in terms of gnarly terrain – as well as Cardrona Resort and a cross-country ski area, Snowfarm.

Queenstown, the biggest winter party town in New Zealand, is also around 1 hour drive south from Wanaka, where you can find the resorts of Coronet Peak and The Remarkables. Wanaka is built on the southern shores of Lake Wanaka at the southern end of New Zealand’s South Island, in the Otago region.

Wanaka is probably the second liveliest ski resort town in New Zealand after Queenstown. It is also the gateway to the Mount Aspiring National Park which ensures a steady influx of tourists year-round. 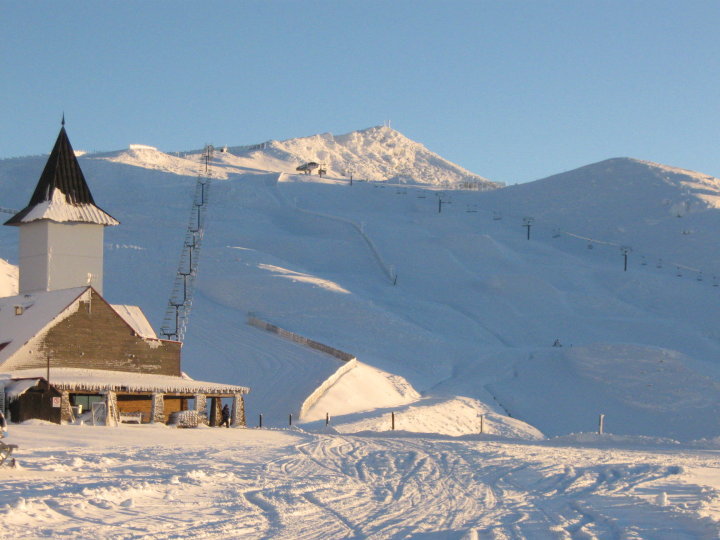 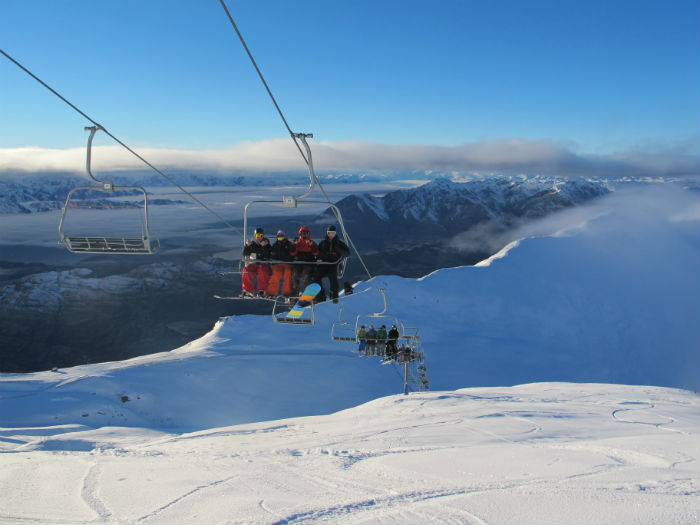 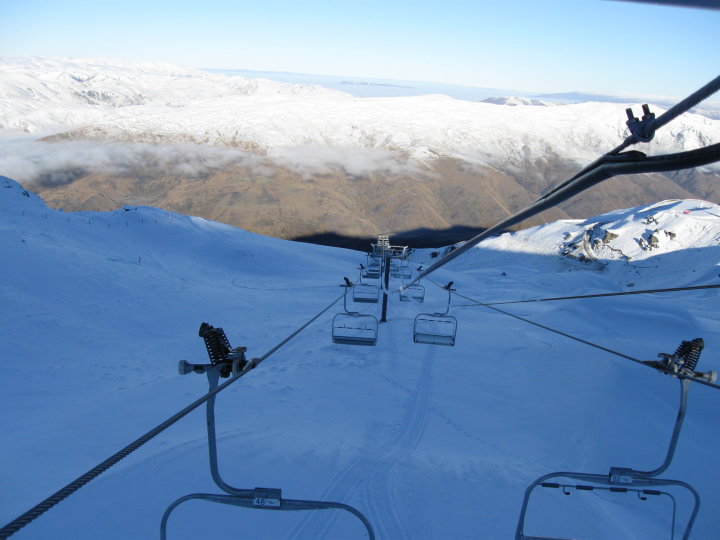 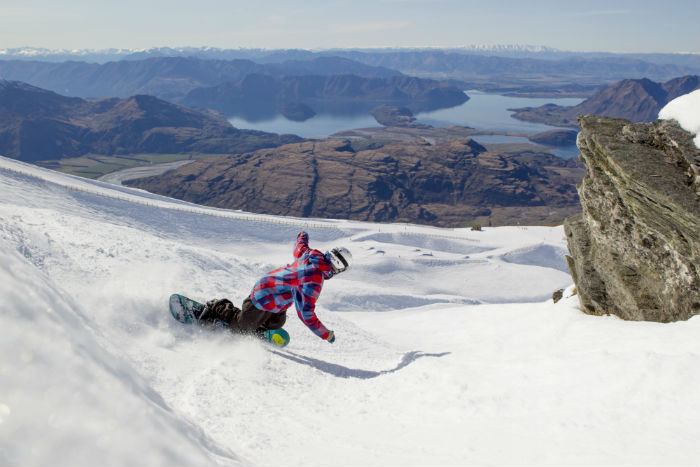 While Wanaka is sometimes overlooked by seasonal workers for Queenstown, Wanaka provides an outdoor haven of winter activities without the intensity of Queenstown nightlife. Seasonal workers who like a more relaxed atmosphere, but also appreciate the opportunity to go out occasionally, might prefer Wanaka for this reason.

The season usually runs from late June until early October.

How to Get There

There is no international airport at Wanaka, although it does have a small airport for scenic and charter flights. If arriving internationally, Christchurch, on the South Island is the closest major international terminal from where you can take the bus to Wanaka.

You can also fly into Queenstown and take the bus. However, Queenstown only receives international flights from Australia.

There is also an international airport at Dunedin further south of Queenstown.

The bus from Christchurch to Wanaka takes around 5 hours. You can find tickets for as little as $30 if you book in advance.

The bus between Queenstown and Wanaka takes just over an hour. The trip to Dunedin is around 3 hours.

Naked Bus runs from all the major towns on the South Island to Wanaka. See nakedbus.com

InterCity Coachlines runs buses around New Zealand and can take you from any of the major cities in New Zealand to Wanaka. See www.intercity.co.nz

To the ski resorts – Treble Cone and Cardrona

If you are working a season in Wanaka, a car is extremely handy. While there are shuttles up to Treble Cone and Cardrona, they are around $24 return per day (using the Treble Cone express) which can add up over the season.

Alternatively, a lot of people simply hitch up to both mountains – although Treble Cone is easier to get a lift to.

You can either drive or take the bus to Treble Cone, though having a car makes things much, much easier as the shuttle is quite expensive and only leaves in the morning. It takes around 35 minutes to make the total 20km up the mountain.

If driving, you will need chains as the road is unsealed and can be treacherous in parts. There is free parking at the Base Lodge. Watch out for the large queues that can bank up.

The daily shuttles leaves from the bottom of the Treble Cone access road. It leaves around 8.15am in the morning. www.yello.co.nz

The drive to Cardrona is around 35 minutes (34km). As with Treble Cone, your options are driving or taking a shuttle – though driving is much more convenient.

The following are shuttle options:

You can take the buses such as Naked Bus or Intercity, or you could also take the shuttle services which run to the resorts from Wanaka.

Primarily it is a resort town, though the permanent population is expanding and now numbers around 7,000. The period during the school holidays (first two weeks of July) is the busiest period during winter.

Wanaka still has a small town feel to it – you are likely to bump into people you know at the shop, for example.

Although smaller and quieter than Queenstown, it is also trendier and has less of a commercialised vibe while still offering interesting nightlife and recreational activities.

On the main strip you’ll find The Trout Bar and Restaurant, which has a cool, young vibe – and a double-sided fireplace – although for both food and drinks it’s fairly expensive.

You’ll also find Lala Land Lounge Bar, a strong contender for best bar in Wanaka. It’s reasonably priced and has awesome views over Lake Wanaka, making it the perfect place to kick off your après-ski.

Kai Whakapai Cafe and Bar is also somewhere you’ll find yourself coming back to – a funky café by day (serving good coffee, as well), it transforms into one of Wanaka’s coolest bars at night, offering dreamy views over the lake and heaps of outdoor seating.

On the other side of the tracks is Post Office Lane. The Cow Restaurant is an atmospheric, sophisticated Italian restaurant, serving fresh spaghetti and pizzas. Woodys is a high-end sports bar – think dark wood, big screen TVs and fireplaces – that has lots of pool tables if you’re so inclined. Finally, Barluga is the classiest bar in Wanaka with a nice fireplace with leather chairs and retro wallpaper.

Also worth visiting is Cinema Paradiso. One of the coolest movie theatres you will ever visit, it has beanbags in addition to delicious meals and homemade ice cream.

If you’re interested in organic food then Soulfood Organic Store & Café is the place for you.

How is Terrain at Nearby Resorts?

Treble Cone is probably New Zealand’s steepest and most technical resort. As a seasonal worker in Wanaka, you will likely spend the majority of your time at TC.

TC has the largest ski area on the South Island at 550 hectares (1359 acres), it has the biggest vertical drop at 700 metres, and the highest recorded average annual snowfall at 5.5 metres. Moreover, TC has won the World Ski Award for ‘New Zealand’s Best Ski Area’ the past few years.

The resort is much more for advanced and expert riders than it is for beginners – only 10% of the terrain is rated as beginner terrain. What’s more, the black runs at Treble Cone seem to be gnarlier and more difficult than similarly rated runs at other New Zealand and Australian resorts.

Cardrona is much more suited to beginners and also has more groomed runs than TC.

There are only four lifts at TC. However, apart from the school holiday period, the resort is relatively quiet and fresh powder doesn’t get tracked out too badly. The steeper terrain means there are fewer beginner riders around and you are more likely to share your run with an expert rider.

The best backcountry is off the top of the Treble Cone summit as well as Tim’s Table near the Saddle Quad.

Cardrona is much more suited to beginners and intermediates.

The majority of the terrain (75%) is comprised of wide open groomers on green and blue runs. There is also much less snowfall at Cardrona, with only around 2.7m annually of snow compared to 5.5m at Treble Cone.

The vibe is much more family friendly as there are significantly less expert riders at Cardrona – most experts head to Treble Cone.

There are just a few expert areas at Cardrona such as through the Arcardia Chutes and the Tulips Area. However, on the whole, as a seasonal worker in Wanaka you will likely spend more time at Treble Cone if you like steep terrain.

Cardrona puts up a decent terrain park each season – much better than the park at Treble Cone. This is Cardrona’s edge on Treble Cone. There are now four terrain parks at Cardrona, one of which includes a triple jump line with jumps ranging from 16ft (5m) to 32ft (10m) lip to knuckle. There is also a 22ft Halfpipe and Slopestyle course for the pros.

Many of the medallists at previous Winter Olympic games actually train at Cardrona during the southern hemisphere winter to give you an indication of the quality of the parks.

The best runs at Cardrona are the Secret Basin finishing at Captain’s Cafe. Mt Cardrona is hike-able if you want backcountry.

The Remarkables and Coronet Peak are both just over an hour away towards Queenstown. See Working in Queenstown for more detail on these resorts.

Finding Work in Wanaka for a Winter Season

At the Ski Resorts

If you are looking to work at Treble Cone, see Treble Cone – Seasonal Worker’s Guide

If you miss the application closing dates for jobs at the ski fields – or perhaps you don’t want to work at a ski field – but still want to spend a season in Wanaka, don’t worry; all is not lost. You can still find seasonal work in town and then spend your time off skiing at Treble Cone or Cardrona.

As a resort town, Wanaka caters to large numbers of winter tourists and businesses in town look for seasonal workers each winter. Common jobs include rental shops, retail shops and hospitality. Night jobs such as hospitality are popular due to the extra time to ride, but they are often difficult to get unless you arrive early (May) or know someone.

Local classifieds, community groups and newspapers are useful when looking for work. These include:

Similarly, check out the Wanaka Ski & Snowboard Community (www.wanakacommunity.co.nz) and the Work In Wanaka Facebook page.

A few general job resources for New Zealand include:

Minimum wage in New Zealand is currently $NZ16.50 an hour. Most seasonal jobs in Wanaka will pay around this (see www.employment.govt.nz/hours-and-wages/pay/minimum-wage/minimum-wage-rates).

Both Treble Cone and Cardrona do not offer staff housing. As a result, all seasonal workers in Wanaka compete for housing each winter season.

It is therefore a good idea to arrive early – preferably mid-May – for the best shot at places. While this means you need to save up a little bit of extra money to tide yourself over until the first pay check, it is worth not being stuck a long way outside town.

While the pressure on seasonal housing is not as great as in Queenstown, it is still quite a competition to get good housing. While you are looking, the Wanaka Bakpaka is a good hostel for a short term stay. See www.wanakabakpaka.co.nz/

The best way to look is by checking advertising and noticeboards everyday or by checking out the online resources. A popular place to advertise is The Messenger (www.mymessenger.co.nz), distributed throughout the town for free on Wednesdays, in which you can also place an ad very cheaply.

Other places to look include:

You will usually be required to provide references, so it is a good idea to have a few previous landlord letters handy when you go over to Wanaka.

Some of the caravan parks rent out caravans for the season if you want a cheaper place. While it is cheap, for sure, you will want a car otherwise it becomes a hassle to get in and out of town.

The only supermarket in town is the New World. It’s expensive unfortunately. The Mediterranean Food Market up on Anderson Rd is cheaper for the fruit and veg.

WE ARE SNO are seeking passionate skiers who want to train and qualify as snowsports instructors in Wanaka, New Zealand!