Mountain High USA
Other US Resorts

Mountain High, California, is located in the San Gabriel Mountains in Los Angeles County. It is around a 75 minute drive from downtown LA. The closest town center is Wrightwood, which is a five minute drive east along State Route 2. Working a season at Mountain High means a lot of riding – Mountain High is usually the first resort to open for riding in Southern California each season and is the only local resort with night riding every night of the week. 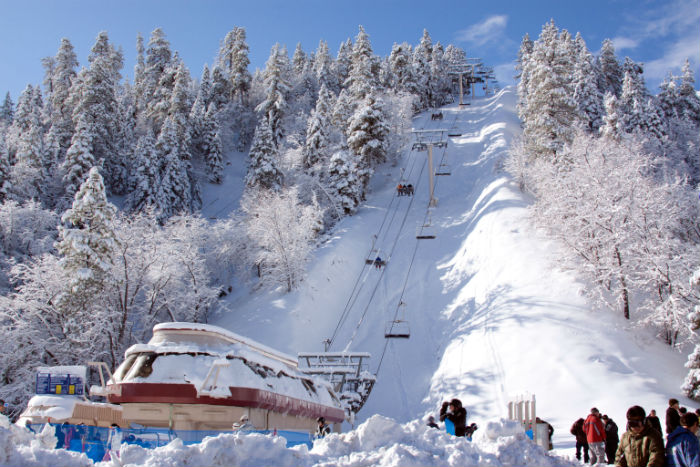 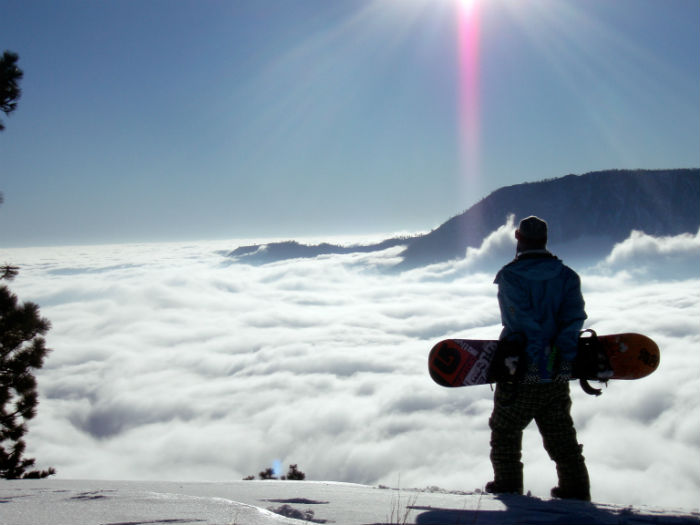 Wrightwood is a small mountain town resting at an elevation of 6,000 ft, with a few bars and restaurants and a population of 3,300. However, the main benefit of working at Mountain High is that it is just 30 minutes from major metropolitan centers. There is no public transport to Mountain High so, if you are working a season, you will need a car or have some work buddies who will give you a lift.

Most of the staff working at Mountain High come from the High Desert area (including Hesperia and Victorville north east of the San Gabriel Mountains), or the Inland Empire (the eastern part of greater LA including San Bernardino and Fontana).

The Terrain at Mountain High

Mountain High is made up of three separate skiable areas which are spaced along State Route 2 – East Resort, West Resort and North Resort.

West Resort is mostly dedicated to the Faultline Terrain Park. West Resort is where the park lovers hang out and is the most popular of the three areas. It is Southern California’s only local resort open for night-skiing five nights a week in peak season. There is also glade riding in ‘The Reef’ when there is enough snow.

East Resort is home to the longest ski trails in Southern California and is serviced by a single high-speed quad. The best mogul runs and tree runs on the mountain are to be found here, as well as spectacular views of the Mojave Desert. It is a more open area than the other two areas and allows for good cruising and carving.

North Resort is the newest of the ski areas to Mountain High. It is comprised of mostly beginner terrain and snowplay for families and kids as well as the largest tubing park in Southern California. It was formerly known as Ski Sunrise and operates Friday through Sunday during peak season.

From an insider’s perspective the Olympic Bowl is a very nice run, being the longest, steepest bump run in the region. Gold Rush is also a favorite being 1.6 miles of leg-burning upper-intermediate terrain.

An average season is mid-November to mid-April.

Working at Mountain High for a Winter Season

From someone who has been working at Mountain High for the past 17 years:

“The terrain is terrific. Plenty of introductory runs for those getting started and tons of fresh powder in the trees. When you put all three resorts together, (Mountain High has) more skiable acres than Bear Mountain, longer trails than Snow Summit, and more terrain features than Snow Valley. Expect to ski or snowboard a lot as the resort is open every night peak season until 10pm. It is the easiest resort to get to in Southern California so the drive is quick and safe. Chains are good to have but rarely required. The atmosphere is electric and the staff is focused on creating the best experience for guests as possible. If you are a people person who loves spreading the joy of snow, Mountain High is for you.”

Staff get a free pass to ride at the mountain, discounts for friends on lift tickets and 50% off food and beverage. There are no reciprocal ski pass deals in place with other mountains.

From an insider’s perspective, the best event of the season is the ‘Spring A Ma Jig’ which is an annual spring break celebration with great events like Pond Skimming and the Miss Mountain High pageant Jobs.

How to Get a Job at Mountain High

The best way to get a job is at the annual job fair in November. Although Mountain High does take resumes as early as October, there are no phone interviews, so definitely the best way to get a job is to come along to the job fair. Remember to bring an up-to-date resume. Most seasonal positions will be paid between minimum wage in California ($9 an hour from 1 July 2014) up to $19 per hour. Jobs available include lift operations, food and beverage, snowmaking, grooming, patrol, ski school and other mountain operation jobs.

The Big Pines Zipline is another option for work in the area. It is a giant zipline tour, comprised of 6 ziplines, which runs through the canopies and gives a spectacular view over the San Gabriel Mountains.

Further information on working in California can be found on the California Government website www.ca.gov/Work/

All training is provided to new employees, including instructors, so it is not necessary to have your instruction certificate before applying for snowsports jobs.

Most demand for positions is filled by local employees and Mountain High does not usually need to look for international applicants.

Getting a Place to Rent for the Season

There is no staff housing at the resort. Most staff live in the High Dessert (Hesperia) or Inland Empire (Riverside-San Bernardino) areas of Southern California. Cost of rent is around $800 to $1,000 per month for a 1 to 2 bedroom.

The Mountain Progress is the local newspaper which may have listings for rental properties www.mtprogress.net/

Real Estate agents in the region include: