Discover information on working a ski season in NZ and browse jobs.

Working a snow season in New Zealand is a popular choice for many who chase winters around the globe. It is known for its rugged terrain and back country skiing, as well as its nightlife in places such as Queenstown and Wanaka. The scenery at New Zealand resorts also rates among the most stunning in the world.

How are the Resorts in New Zealand?

You will find that the resorts are smaller in New Zealand compared to those in North America and Europe, and are roughly the same size as resorts in Australia in terms of skiable terrain. Many of the resorts, even the large commercial ones, have only a few lifts.

However, the terrain that is accessible can be pretty awesome, and back country riding is particularly popular in New Zealand. If you are willing to hike, you can discover some great chutes, steeps, drop-offs and powder stashes. 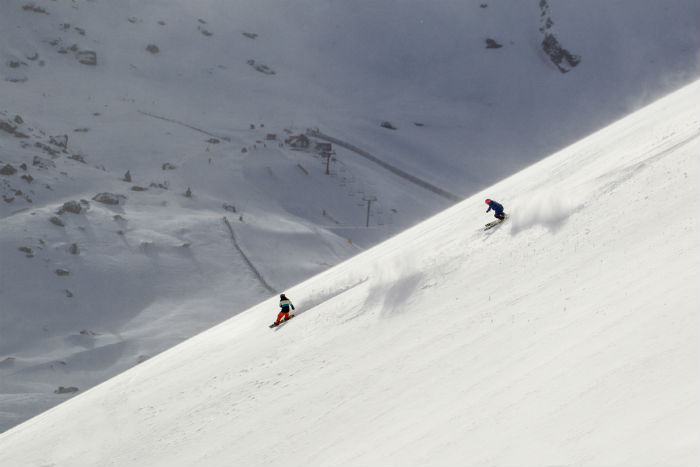 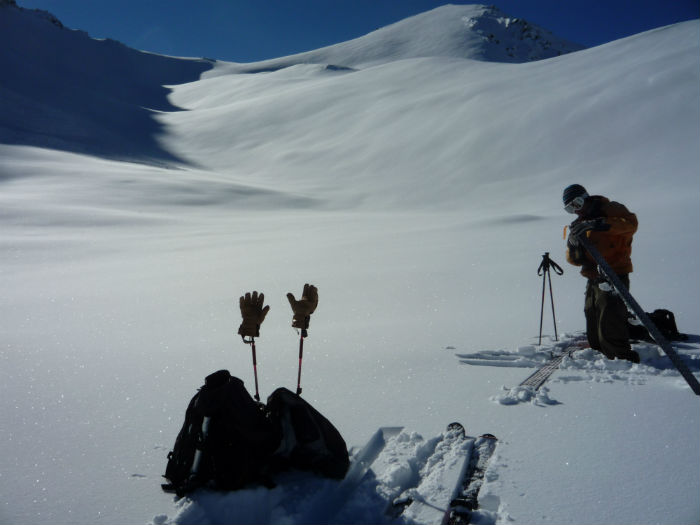 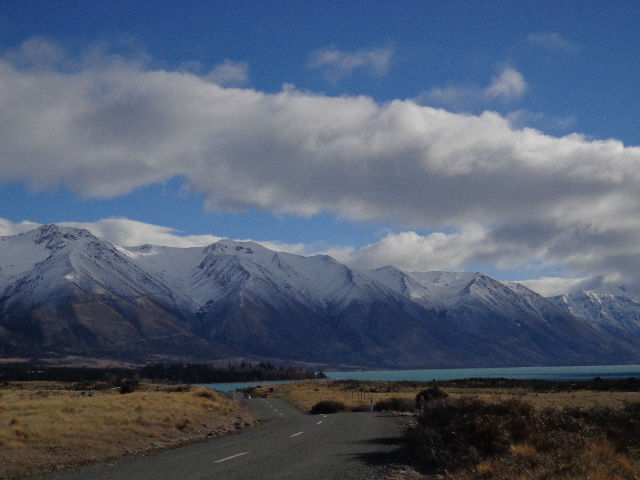 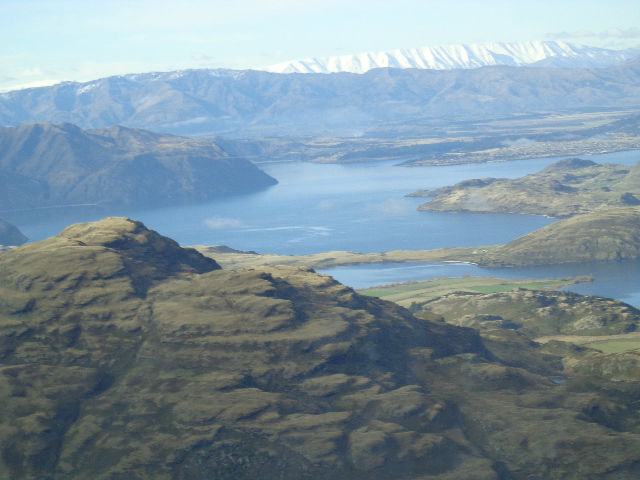 ‘Club’ resorts are member-run mountains, as opposed to being commercially run, and are plentiful in New Zealand. The majority of the club fields are situated in the Canterbury region, near Christchurch, on the South Island.

Club fields are usually tiny mountains, often with simple rope tows and nothing more than access to back country terrain.

However, the lack of crowds, in addition to often amazing terrain, make club fields very popular among a small contingent. They are often staffed with only volunteers, where you get a season pass but no pay.

Working at such a small hill comes with its own challenges of being surrounded by the same people for a whole season, but the great terrain and close-knit nature of the hills often leave people wanting to come back to work for another season.

Club fields are more suited to seasonal workers who are comfortable in the backcountry. Club fields in New Zealand include:

Mt Hutt, The Remarkables and Coronet Peak are all run by the same company – NZSki. Whakapapa and Turoa are run by Ruapehu Alpine Lifts.

Snow and Weather in New Zealand

The snow can certainly dump down when it likes, but the quality of the snow can change quickly due to the warmer weather over the proceeding few days and leave you with icy and crunchy conditions.

The best lift serviced snow in New Zealand is at Mt Hutt, on the South Island, which is also the coldest resort in New Zealand. It receives an average of 4.5m (177 inches) of snow annually. Average snowfall for most resorts is around 3m.

The major North Island resorts of Whakapapa and Turoa have a similar snow quality to South Island resorts, though being relatively high the snow pack retains well and lengthens the spring skiing season. However, bear in mind that 3/4 of the NZ population live on the North Island, so even if the snow is good the bigger crowds will track the snow out more quickly.

White-outs (where you are not able to see because of the fog) are not uncommon at New Zealand resorts, as is rain from time to time. Also, be mindful that, because the snow is wetter, you tend to get cold a lot easier when it is windy (which can be often).

Almost all New Zealand resorts are located above the tree line and are consequently very exposed. Nasty conditions will close down resorts each season, often up to around 10 – 15 days of complete shutdown.

Spring skiing is great fun and some of the best times of the season in New Zealand due to the more stable conditions.

The New Zealand season generally runs from mid-June to mid-October if it is a good season. Unlike northern hemisphere resorts which often don’t close for lack of snow – but rather operational reasons – New Zealand seasons are more dependent on snowfall.

The winter school holidays in New Zealand are two weeks long. The holidays usually start around early July each year and this is the busiest period at New Zealand resorts. Resorts will require all staff to work during this period.

Nonetheless, Wanaka is a great option to work a season if you enjoy nightlife but like a more relaxed atmosphere. Wanaka still has a small town feel to it, unlike Queenstown, and you are likely to bump into people you know at the shops!

Methven, near Mt Hutt, is another smaller ski resort town, with a bit of nightlife but less than Wanaka and Queenstown.

New Zealand resorts hire both foreigners and locals, meaning that you will be able work directly for the mountain in New Zealand as long as you have a working permit (unlike many resorts in Europe, Japan and South America).

You are therefore able to work as a lift operator or ticket seller, for example, in addition to the jobs with local businesses in the nearby towns.

If you would like to work for a mountain, the best way is to make sure you have a valid working visa and then apply through the employment website of the particular mountain. Walk-up applicants at the major resorts are generally not needed each season as mountains are able to fill their rosters quite easily. You will have better luck at smaller resorts, although club fields will also fill their rosters quickly due to the low numbers of staff they take on.

Jobs will usually start to be posted in February and competition can be tough for the bigger resorts. If you have specialised skills, then mountains may also sponsor you for particular jobs, such as ski and snowboard instructing.

Working for a Local Business

A second option is to find a job with a local business such as a restaurant or shop. Queenstown, Wanaka and Methven are the three largest ski resort towns with local businesses that might need seasonal staff.

Businesses in these towns tend not to advertise online. There are more than enough people who come each season and hand around their CVs. It is therefore advisable to arrive as early as possible (in April/May preferably) to secure a job.

A useful resource, backed by Tourism New Zealand, is www.backpackerguide.nz.

Minimum wage in New Zealand is currently $NZ16.50 an hour, (see www.employment.govt.nz/hours-and-wages/pay/minimum-wage/minimum-wage-rates) and most entry level seasonal jobs will pay around that.

Before you are able to be paid, you must have an Inland Revenue number (IRD number). In order to get a number, you will need to show an employment contract as well as your passport and the completed form (IR742) to a NZ Post or IRD office. It takes around 14 days to process. You can get a form at www.ird.govt.nz

Tax is taken out of your pay as you earn in New Zealand. There is no tax free threshold. The lowest tax bracket rate is 10.5% and the bracket after that is 17.5%.

See Getting Your Tax Back for information on how to claim back tax at the end of the season.

By law, all people working with children in New Zealand are required to undertake a police check. Before you start working, your check needs to be submitted to the police and assessed. This is usually done as part of your employment paperwork.

Australians don’t need a visa to go over to New Zealand and work – they can simply turn up and hand in a CV or apply online with a resort before travelling.

The process to apply for a working holiday visa is relatively straight forward:

For information about the various other types of work visas that may be available to you depending on your personal circumstances, refer to www.immigration.govt.nz for details.

Getting to and around New Zealand

If you are working at a resort on the North Island, you will likely arrive at Auckland International airport.

InterCity Coachlines runs buses around New Zealand and can take you from any of the major cities. See www.intercity.co.nz

Naked Bus is another bus service that runs from all the major towns in New Zealand. See nakedbus.com

WE ARE SNO are seeking passionate skiers who want to train and qualify as snowsports instructors in Wanaka, New Zealand!